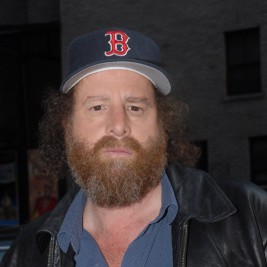 Businesses, Non-profit organizations, event planners and companies across the country have worked closely with our booking agents to hire Steven Wright for a speaking engagements, guest appearances, product endorsements and corporate events. Many of those same clients have continued to turn to our speakers bureau as we can easily align Steven Wright’s availability with their upcoming seminar, gala, annual conference, corporate function, and grand opening. Our close relationship with Steven Wright’s booking agent and management team further enables us to provide inquiring clients with Steven Wright’s speaking fee and appearance cost.

If your goal is to hire Steven Wright to be your next keynote speaker or to be the next brand ambassador our celebrity speakers bureau can assist. If Steven Wright’s booking fee is outside your companies budget or your unable to align with his appearance availability, our booking agents can provide you a list of talent that aligns with your event theme, budget and event date.

Steven Wright is an American comedian, actor, and writer.

He is known for his slow, monotone delivery of deeply philosophical and one line jokes.  In 1985, he released a comedy album entitled "I Have a Pony."  He may best be known for his role on the television sitcom, "Mad About You."

He has also appeared as the voice of the radio DJ in the film "Reservoir Dogs" and won an Academy Award for his short film, "The Appointments of Dennis Jennings."

Most recently, in a 2005 poll to find The Comedian's Comedian, he was voted amongst the top 50 comedy acts ever by fellow comedians and comedy insiders. He was recently named #23 on Comedy Central's list of the 100 greatest stand-ups of all time.