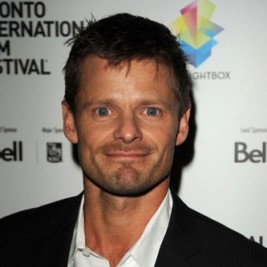 Businesses, Non-profit organizations, event planners and companies across the country have worked closely with our booking agents to hire Steve Zahn for a speaking engagements, guest appearances, product endorsements and corporate events. Many of those same clients have continued to turn to our speakers bureau as we can easily align Steve Zahn’s availability with their upcoming seminar, gala, annual conference, corporate function, and grand opening. Our close relationship with Steve Zahn’s booking agent and management team further enables us to provide inquiring clients with Steve Zahn’s speaking fee and appearance cost.

If your goal is to hire Steve Zahn to be your next keynote speaker or to be the next brand ambassador our celebrity speakers bureau can assist. If Steve Zahn’s booking fee is outside your companies budget or your unable to align with his appearance availability, our booking agents can provide you a list of talent that aligns with your event theme, budget and event date.

Steve Zahn is originally from Marshall, Minnesota and is the son of Carleton Edward Zahn, a Lutheran pastor, and Zelda Clair Gades. After attending Robbinsdale Cooper High School, Gustavus Adolphus College and Harvard University, his first acting role was in "Biloxi Blues"; a Minnesota production; but his first big break came in 1994, when he was noticed by Ben Stiller, who cast him in his picture, Reality Bites.

Zahn's early roles were split between movies and TV shows. He played Phoebe Buffay's husband Duncan in a 1995 episode of Friends. Zahn appeared in several films in the mid-1990s, including Tom Hanks's That Thing You Do!. These films garnered him enough respect that he was offered the starring role in the critically-acclaimed film Happy, Texas (1999). Some of Zahn's most popular movies have been his most recent ones, including National Security (2003) in which he starred opposite Martin Lawrence, and Daddy Day Care (2003). Zahn received his strongest critical acclaim for his performance in Riding In Cars With Boys, in which he co-starred with Drew Barrymore as her dim-witted, drug addicted boyfriend. Roger Ebert, Richard Roeper and the BBC stated that the performance was deserving of an Oscar nomination. He also voiced Runt of the Litter in Chicken Little.

Off the screen, Zahn is an avid fly fisherman, and he owns a farm in western New Jersey. Zahn is married to Robyn Peterman, an actress and the daughter of John Peterman, whom Zahn met on a touring production of Bye Bye Birdie. The two have a son, Henry James Zahn, born in 2000. In 2004 the family moved from New Jersey to a small horse farm near Lexington, Kentucky, his wife's hometown.