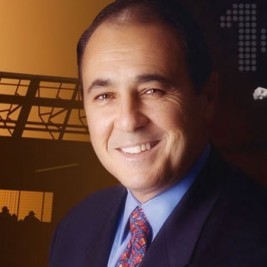 Businesses, Non-profit organizations, event planners and companies across the country have worked closely with our booking agents to hire Steve Palermo for a speaking engagements, guest appearances, product endorsements and corporate events. Many of those same clients have continued to turn to our speakers bureau as we can easily align Steve Palermo’s availability with their upcoming seminar, gala, annual conference, corporate function, and grand opening. Our close relationship with Steve Palermo’s booking agent and management team further enables us to provide inquiring clients with Steve Palermo’s speaking fee and appearance cost.

If your goal is to hire Steve Palermo to be your next keynote speaker or to be the next brand ambassador our celebrity speakers bureau can assist. If Steve Palermo’s booking fee is outside your companies budget or your unable to align with his appearance availability, our booking agents can provide you a list of talent that aligns with your event theme, budget and event date.

Steve Palermo was born October 9, 1949 in Worcester, Massachusetts and is a former umpire in Major League Baseball who worked in the American League from 1977 to 1991. His field career ended when he was shot in the back following his intervention in an altercation outside Campisi's, a Dallas Italian restaurant. He wore uniform number 14 when the American League began using uniform numbers for its umpires in 1980.

His career as an umpire includes the 1983 World Series, three American League Championship Series (1980, 1982, and 1989), the 1981 American League Division Series and the 1986 All-Star Game. In August 1991, The Sporting News ranked Palermo "Number 1" among American League umpires for overall performance.

Palermo was one of the first American League umpires to never use the outside chest protector. Starting in 1977, all new AL umpires had to adopt the inside chest protector, which had been used in the National League for decades under the guidance of Hall of Fame umpire Bill Klem. AL umpires on staff prior to 1977 were grandfathered and could continue to use the outside protector.

His career highlights also include umpiring two of the most famous games in New York Yankees history. In 1978, he worked the Yankees' one-game playoff against the Boston Red Sox in Fenway Park to determine the AL's Eastern Division winner. Palermo, serving as the third base umpire, signaled "fair ball" when Bucky Dent hit the game-winning home run. On July 4, 1983, Palermo worked behind the plate for Dave Righetti's no-hitter against the Red Sox at Yankee Stadium.

In 2003, Palermo began serving as the Honorary Chairman of Assurant Employee Benefits' WillReturn Council. The Council annually presents the Shining Star of Perseverance Award to individuals who overcome disabilities. Palermo is also an honorary inductee into the Perseverance Hall of Fame.

Palermo served as honorary commissioner for the Tee Ball game at the White House on July 24, 2005, in which children with physical disabilities participated; the game was part of President George W. Bush's White House Tee Ball Initiative.

He currently serves as a major league supervisor of umpires, and also works as a motivational speaker. He was briefly an announcer for the New York Yankees, working pre-game shows on the MSG Network.