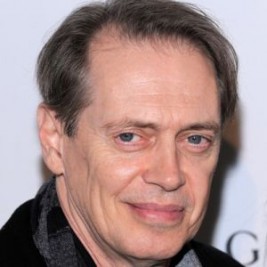 Businesses, Non-profit organizations, event planners and companies across the country have worked closely with our booking agents to hire Steve Buschemi for a speaking engagements, guest appearances, product endorsements and corporate events. Many of those same clients have continued to turn to our speakers bureau as we can easily align Steve Buschemi’s availability with their upcoming seminar, gala, annual conference, corporate function, and grand opening. Our close relationship with Steve Buschemi’s booking agent and management team further enables us to provide inquiring clients with Steve Buschemi’s speaking fee and appearance cost.

If your goal is to hire Steve Buschemi to be your next keynote speaker or to be the next brand ambassador our celebrity speakers bureau can assist. If Steve Buschemi’s booking fee is outside your companies budget or your unable to align with his appearance availability, our booking agents can provide you a list of talent that aligns with your event theme, budget and event date.

Steve Buscemi is an American actor and film director. Buscemi has starred and supported in successful Hollywood and indie films, including Parting Glances, New York Stories, Mystery Train, Reservoir Dogs, Desperado, Con Air, Armageddon, The Grey Zone, Ghost World, Big Fish, and The Sopranos. He is also known for his appearances in many films by the Coen brothers: Miller's Crossing, Barton Fink, The Hudsucker Proxy, Fargo, and The Big Lebowski. Buscemi provides the voice of Randall Boggs in the Monsters, Inc. franchise.

From 2010 to 2014, he portrayed Enoch "Nucky" Thompson in the critically acclaimed series Boardwalk Empire, which earned him two Screen Actors Guild Awards, a Golden Globe, and two nominations for an Emmy Award. He made his directorial debut in 1996, with Trees Lounge, in which he also starred. Other works include Animal Factory (2000), Lonesome Jim (2005) and Interview (2007). He has also directed numerous episodes of TV shows, including Homicide: Life on the Street, The Sopranos, Oz, 30 Rock, and Nurse Jackie. He currently hosts the Emmy Award-nominated AOL On comedy talk-show Park Bench.