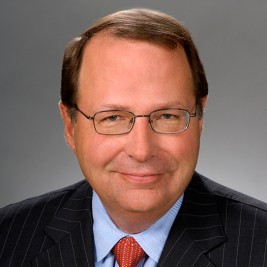 If your goal is to hire Stephen Steinour to be your next keynote speaker or to be the next brand ambassador our celebrity speakers bureau can assist. If Stephen Steinour’s booking fee is outside your companies budget or your unable to align with his appearance availability, our booking agents can provide you a list of talent that aligns with your event theme, budget and event date.

Stephen D. Steinour is Chairman, President and Chief Executive Officer of Huntington Bancshares Incorporated, a $56 billion regional bank holding company headquartered in Columbus, Ohio. Prior to joining Huntington, he was Managing Partner of CrossHarbor Capital where he was an investment committee member and responsible for the general management of the firm.

Prior to joining CrossHarbor, Steve was President and Chief Executive Officer of Citizens Financial Group responsible for overseeing the commercial bank holding company’s business lines and operations. Citizens Financial Group, headquartered in Providence, Rhode Island, is one of the 10 largest commercial bank holding companies in the United States in total assets and deposits. Citizens has a branch network in 13 states through its Citizens Bank and Charter One brands, and has non-branch retail and commercial offices in about 40 states.

Steinour has in the past been responsible for CFG’s treasury and capital markets and asset-liability management, and was Senior Credit Officer and Risk Management Executive. He was named Vice Chairman in January 1997.

Steinour joined CFG in October 1992 from Fleet Financial Group, where he was division executive for loan recovery. Prior to his tenure at Fleet, he was executive vice president at Bank of New England. Following his graduation from Gettysburg College in 1980 with a degree in economics, he was an analyst for the U.S. Treasury Department and subsequently worked for the FDIC. He is a graduate of The Executive Program at Stanford University Graduate School of Business.