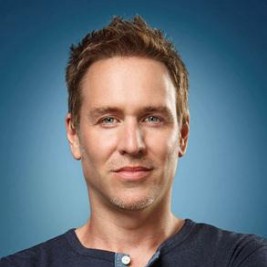 Businesses, Non-profit organizations, event planners and companies across the country have worked closely with our booking agents to hire Stephen Lynch for a speaking engagements, guest appearances, product endorsements and corporate events. Many of those same clients have continued to turn to our speakers bureau as we can easily align Stephen Lynch’s availability with their upcoming seminar, gala, annual conference, corporate function, and grand opening. Our close relationship with Stephen Lynch’s booking agent and management team further enables us to provide inquiring clients with Stephen Lynch’s speaking fee and appearance cost.

If your goal is to hire Stephen Lynch to be your next keynote speaker or to be the next brand ambassador our celebrity speakers bureau can assist. If Stephen Lynch’s booking fee is outside your companies budget or your unable to align with his appearance availability, our booking agents can provide you a list of talent that aligns with your event theme, budget and event date.

Stephen Lynch is an American comedian, musician, and actor.

Lynch began his career performing his comedy songs at venues around New York City. Caroline's and Catch a Rising Star were two of his regular comedy clubs in the city. He was also on a number of radio shows and became a regular on Opie and Anthony.

Lynch's mix of comedy and music made it possible for him to perform at the House of Blues, The Town Hall and even the Kennedy Center which are geared more toward music than comedy.

His career took off after his Comedy Central Presents special in 2000.  He also performed on Comedy Central's Premium Blend, The World Comedy Tour, and The World Stands Up. Lynch has opened for comedians Jay Mohr, Jeff Foxworthy, Steven Wright, Robert Francis "Bobcat" Goldthwait, and Lewis Black. Stephen had the title role in the Broadway version of The Wedding Singer.