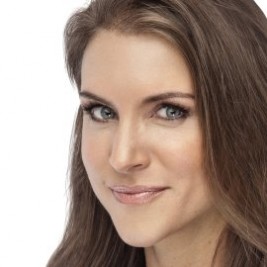 If your goal is to hire Stephanie McMahon to be your next keynote speaker or to be the next brand ambassador our celebrity speakers bureau can assist. If Stephanie McMahon’s booking fee is outside your companies budget or your unable to align with his appearance availability, our booking agents can provide you a list of talent that aligns with your event theme, budget and event date.

Stephanie McMahon is Chief Brand Officer for WWE and was named to its Board of Directors in 2015. Stephanie is responsible for working with WWE’s business units to support key growth initiatives and represents WWE as its global brand ambassador among key constituencies including government, advertisers, media, business partners and investors. She is the primary spokesperson for WWE's CSR initiatives, including Special Olympics, Susan G. Komen and Be a STAR, WWE’s anti-bullying program. Stephanie and her husband, WWE’s Executive Vice President, Talent, Live Events & Creative, Paul “Triple H” Levesque, have personally established Connor’s Cure, a fund dedicated to furthering Pediatric cancer research. Stephanie is also a TV personality.

In 2015, Stephanie was selected as one of nine U.S. leaders to participate in the prestigious Eisenhower Fellowship, an international leadership exchange program for outstanding professionals chaired by General Colin L. Powell, USA (Retired). She's already completed a trip to China and Singapore to learn more about business development, CSR, and Women's Leadership in those regions.

Stephanie is an editorial advisor to Shape Magazine and in December of 2014, released WWE Fit Series: Stephanie McMahon, a workout DVD designed to give women the flexibility to workout anytime, anywhere.

Prior to being named Chief Brand Officer, Stephanie was Executive Vice President, Creative and was responsible for overseeing the Digital and Creative Departments, as well as the creative development of all WWE television, pay-per-view programming, print, digital and social media content. She has also managed WWE's Talent Relations, Talent Brand Management and Live Events businesses. Stephanie is a member of the Board of Directors for the USO Metropolitan Washington. She has been recognized as one of the "Most Powerful Women in Cable" by CableFAX magazine for the past four years. In 2013, Stephanie was named to Ad Age’s “40 Under 40” and was also named one of Multichannel News’s “Women to Watch.” In May of 2014, she was named as one of Broadcasting & Cable and Multichannel News’s “Women in the Game.”

Stephanie is a working mother of three daughters ages 8, 6 and 4.