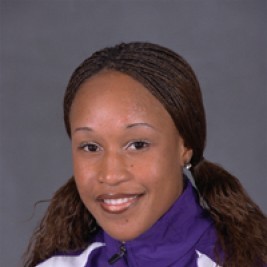 If your goal is to hire Stephanie Durst to be your next keynote speaker or to be the next brand ambassador our celebrity speakers bureau can assist. If Stephanie Durst’s booking fee is outside your companies budget or your unable to align with his appearance availability, our booking agents can provide you a list of talent that aligns with your event theme, budget and event date.

Stephanie Durst was born April 11, 1982 and is an American sprinter.

A 13-time All American at Louisiana State University, Stephanie Durst finished her career among the top ten all-time in the 60-meter dash and both the indoor and outdoor 200 meters. She also helped lead the Lady Tigers to four National Titles - three indoor and one outdoor.

In 2009, she started the season strong running 11.10 in Dakar, Senegal and twice ran 11.13, but was hampered in the late season with an ankle injury. Stephanie Durst ended the season ranked third amongst women sprinters in the US by Track and Field News.