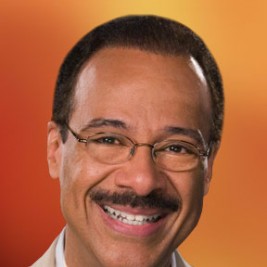 If your goal is to hire Spencer Christian to be your next keynote speaker or to be the next brand ambassador our celebrity speakers bureau can assist. If Spencer Christian’s booking fee is outside your companies budget or your unable to align with his appearance availability, our booking agents can provide you a list of talent that aligns with your event theme, budget and event date.

Spencer Christian was born in Charles City, Virginia in 1947. He began his broadcasting career at WWBT in Richmond, Virginia as a news reporter, covering state and local politics, the public school system, and landmark cases in the Fourth US Circuit Court of Appeals. His first stint as a weatherman came in 1975, in Baltimore, Maryland, when he was hired by news director Ron Kershaw at WBAL-TV to join the Action News team which included Sue Simmons, Mike Hambrick, Ron Smith, Curt Anderson and Joe Krebs. In Baltimore, Christian quickly gained a respectable following because of his quick wit and not so dry humor. Additionally, he frequently made appearances at many community and charitable events held at shopping centers, elementary schools and little leagues. Christian was in Baltimore at the same time that Oprah was at Baltimore's WJZ-TV.

From there, Christian moved to New York City's WABC-TV, where he served as weatherman and sportscaster for Eyewitness News from 1977 to 1986. In August 1986, Christian joined Good Morning America as their weather forecaster. In addition, he occasionally traveled throughout the United States and abroad, reporting on a wide range of topics from current events to human interest stories.

From 1992 to 1993, Christian was also seen on the Black Entertainment Television cable network as the host of the music game show Triple Threat.

Christian left Good Morning America in 1998 and began doing weather forecasts at KGO-TV in San Francisco, California in January 1999, a position he holds to this day. He was host of HGTV's Spencer Christian's Wine Cellar from 1995 to 1999. Christian has also hosted the PBS model train series Tracks Ahead since 2000. Since 2005 he has been the host of the popular afternoon show in San Francisco, View from the Bay.