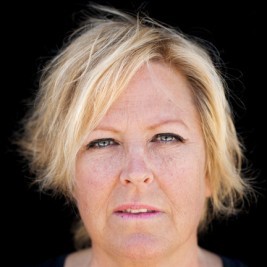 If your goal is to hire Shirley Babashoff to be your next keynote speaker or to be the next brand ambassador our celebrity speakers bureau can assist. If Shirley Babashoff’s booking fee is outside your companies budget or your unable to align with his appearance availability, our booking agents can provide you a list of talent that aligns with your event theme, budget and event date.

Shirley Babashoff was born January 31, 1957 in Whittier, California and is a former champion swimmer from the United States, who set six world records and earned a total of eight individual Olympic medals in her career. She also won a gold medal in the 400 meter freestyle relay in both the 1972 and 1976 Olympics, and she won the 1975 World Championship in both the 200 and 400 meter freestyle. Her photo also appeared once on the cover of Sports Illustrated magazine.

At the 1976 Summer Olympics in Montreal, she won a silver medal in three events and one relay, despite the competition being dominated by the East German swimmers. Although Babashoff never won an individual gold medal in Olympic competition, she is still regarded as one of the top swimmers in history, and is most vividly remembered for having swum the anchor leg on the gold-medal winning Women's 4x100 m Freestyle Relay team, in its victory over the mighty 1976 East German women, in what is widely acknowledged as having been the single greatest race in the entire history of women's swimming. Her time in winning the silver medal in the 400 meter freestyle at the 1976 Olympics would have defeated men's gold medalist Don Schollander twelve years earlier at the 1964 Olympics in Tokyo. In 1982 she was inducted in the International Swimming Hall of Fame.

On April 30, 2005, Shirley Babashoff received the Olympic Order, the highest award of the Olympic Movement, during the Inaugural Olympic Assembly luncheon. International Olympic Committee members Bob Ctvrtlik, Anita DeFrantz, and Jim Easton presented the award. The IOC established the Olympic Order in 1974 to honor individuals who have illustrated the Olympic Ideals through their actions, have achieved remarkable merit in the sporting world, or have rendered outstanding services to the Olympic cause, either through their own personal achievements or their contributions to the development of sport.