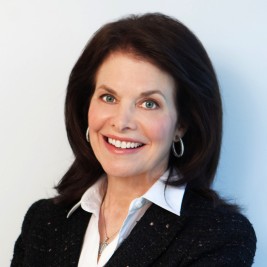 Businesses, Non-profit organizations, event planners and companies across the country have worked closely with our booking agents to hire Sherry Lansing for a speaking engagements, guest appearances, product endorsements and corporate events. Many of those same clients have continued to turn to our speakers bureau as we can easily align Sherry Lansing’s availability with their upcoming seminar, gala, annual conference, corporate function, and grand opening. Our close relationship with Sherry Lansing’s booking agent and management team further enables us to provide inquiring clients with Sherry Lansing’s speaking fee and appearance cost.

If your goal is to hire Sherry Lansing to be your next keynote speaker or to be the next brand ambassador our celebrity speakers bureau can assist. If Sherry Lansing’s booking fee is outside your companies budget or your unable to align with his appearance availability, our booking agents can provide you a list of talent that aligns with your event theme, budget and event date.

Sherry Lansing is an American former actress and film studio executive. She is a former CEO of Paramount Pictures, and when she was the president of production at 20th Century Fox, she was the first woman to head a Hollywood movie studio. In 1996, she became the first woman to be named Pioneer of the Year by the Foundation of the Motion Picture Pioneers, and she was the first female movie studio head to receive a star on the Hollywood Walk of Fame. In 2005, she became the first female movie studio head to place hand and foot prints at the Grauman's Chinese Theater. In 2001, she was named one of the 30 most powerful women in America by Ladies' Home Journal, and The Hollywood Reporter named her fourth on its Power 100 list in 2003.