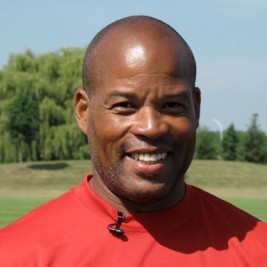 Businesses, Non-profit organizations, event planners and companies across the country have worked closely with our booking agents to hire Shaun Gayle for a speaking engagements, guest appearances, product endorsements and corporate events. Many of those same clients have continued to turn to our speakers bureau as we can easily align Shaun Gayle’s availability with their upcoming seminar, gala, annual conference, corporate function, and grand opening. Our close relationship with Shaun Gayle’s booking agent and management team further enables us to provide inquiring clients with Shaun Gayle’s speaking fee and appearance cost.

If your goal is to hire Shaun Gayle to be your next keynote speaker or to be the next brand ambassador our celebrity speakers bureau can assist. If Shaun Gayle’s booking fee is outside your companies budget or your unable to align with his appearance availability, our booking agents can provide you a list of talent that aligns with your event theme, budget and event date.

Shaun Gayle is a former American football cornerback/safety in the NFL. He played twelve seasons, eleven for the Chicago Bears (1984–1994), and one for the San Diego Chargers (1995). He was a member of the Bears squad that won Super Bowl XX in 1985. He was also a member of the "Shuffling Crew" in the video The Super Bowl Shuffle. Gayle attended Ohio State University.

Gayle owns the distinction of returning the shortest punt for a touchdown in NFL history, when he returned a punt five yards for a touchdown against the New York Giants in the Bears 1985 divisional playoff victory. He is now appearing at the Chicago Bears Fan Convention. He currently works as a guest NFL analyst for Sky Sports in the United Kingdom.