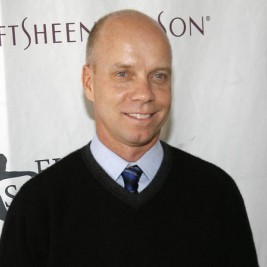 Businesses, Non-profit organizations, event planners and companies across the country have worked closely with our booking agents to hire Scott Hamilton for a speaking engagements, guest appearances, product endorsements and corporate events. Many of those same clients have continued to turn to our speakers bureau as we can easily align Scott Hamilton’s availability with their upcoming seminar, gala, annual conference, corporate function, and grand opening. Our close relationship with Scott Hamilton’s booking agent and management team further enables us to provide inquiring clients with Scott Hamilton’s speaking fee and appearance cost.

If your goal is to hire Scott Hamilton to be your next keynote speaker or to be the next brand ambassador our celebrity speakers bureau can assist. If Scott Hamilton’s booking fee is outside your companies budget or your unable to align with his appearance availability, our booking agents can provide you a list of talent that aligns with your event theme, budget and event date.

Scott Scovell Hamilton is a retired American figure skater and Olympic gold medalist. He won four consecutive U.S. championships, four consecutive World Championships and a gold medal in the 1984 Olympics. His signature move is a backflip, a feat that few other figure skaters could perform and is against USFSA and Olympic competition rules, but which he would include in his exhibition routines to please the crowd.

In 1980, Hamilton finished third in the U.S. Figure Skating Championships, earning him a place on the U.S. Olympic team. He finished in fifth place at the 1980 Winter Olympics, where he also had the honor of carrying the American flag in the opening ceremony. His breakthrough performance was in the 1981 U.S. Championships. He performed flawlessly and the audience was at a standing ovation several seconds before the end of the performance. He never lost an amateur competition again. In 1981 he won gold in the World Figure Skating Championships. He won gold again in 1982 and 1983 at the U.S. and World Championships, and won the gold medal at the 1984 Winter Olympics. He won that year's World Championships and then turned professional in April 1984. Hamilton's final performance on the Stars on Ice tour After turning professional, Hamilton toured with Ice Capades for two years, and then created "Scott Hamilton's American Tour," which later was renamed Stars on Ice. He co-founded, co-produced and performed in Stars on Ice for fifteen years before retiring from the tour in 2001. He has been awarded numerous skating honors, including being the first solo male figure skater to be awarded the Jacques Favart Award. In 1990 he was inducted into the United States Olympic Hall of Fame. Hamilton was a skating commentator for CBS television for many years, beginning in 1985. He has also worked for NBC television. In 2006 he was the host of the FOX television program "Skating with Celebrities." He currently serves on the Board of Directors for Special Olympics International.