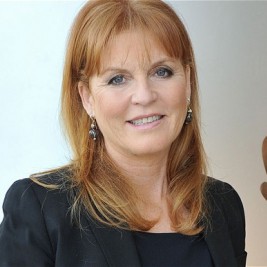 Book Sarah ferguson, Duchess of York for a Speaking Engagement

If your goal is to hire Sarah ferguson, Duchess of York to be your next keynote speaker or to be the next brand ambassador our celebrity speakers bureau can assist. If Sarah ferguson, Duchess of York’s booking fee is outside your companies budget or your unable to align with his appearance availability, our booking agents can provide you a list of talent that aligns with your event theme, budget and event date.

Sarah Margaret Ferguson is the daughter of Major Ronald Ivor Ferguson, and moved in royal circles as a child. She attended boarding school and was an accomplished horse rider, winning a number of trophies.

In 1972 Sarah's parents separated. Her mother eventually remarried and moved to Argentina, while her father also remarried and had three more sons. Sarah graduated from secretarial college at the age of eighteen, and worked for a public relations firm. Later she also worked for an art gallery and a publishing company. In 1985 Sarah met Prince Andrew, the Duke of York, at a party at Windsor Castle, and they were engaged the following year. On 23rd July 1986 they were married in Westminster Abbey. Their first child, Beatrice, was born in 1988 and their second child, Eugenie, in 1990.
Prince Andrew was serving in the navy, and they shared little time together. Consequently, in March 1992, Sarah and Prince Andrew separated, and eventually divorced in May 1996. They share joint custody of their children and still live together, although with separate living quarters. It has been suggested that they may remarry. The Duchess of York has hosted her own talk show, although this did not meet with a great deal of success. She is also an author: her writings include an autobiography, some guides to dieting and several books for children. Most notable in the latter category is her series of children's books about a helicopter named Budgie.