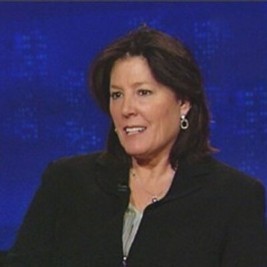 Businesses, Non-profit organizations, event planners and companies across the country have worked closely with our booking agents to hire Sally Jenkins for a speaking engagements, guest appearances, product endorsements and corporate events. Many of those same clients have continued to turn to our speakers bureau as we can easily align Sally Jenkins’s availability with their upcoming seminar, gala, annual conference, corporate function, and grand opening. Our close relationship with Sally Jenkins’s booking agent and management team further enables us to provide inquiring clients with Sally Jenkins’s speaking fee and appearance cost.

If your goal is to hire Sally Jenkins to be your next keynote speaker or to be the next brand ambassador our celebrity speakers bureau can assist. If Sally Jenkins’s booking fee is outside your companies budget or your unable to align with his appearance availability, our booking agents can provide you a list of talent that aligns with your event theme, budget and event date.

Sally Jenkins is an American sports columnist and feature writer for The Washington Post. Prior employment included being a senior writer for Sports Illustrated. Jenkins was born in Fort Worth, Texas, and is a graduate of Stanford University with a degree in English Literature. She is the author of twelve books, four of which were New York Times bestsellers, most notably No.1 "Sum It Up: 1098 Victories, A Couple of Irrelevant Losses and A Life In Perspective" with legendary basketball coach Pat Summitt and 'It’s Not About the Bike with Lance Armstrong. Her work has been featured in Smithsonian Magazine, GQ and Sports Illustrated, and she has acted as a correspondent on CNBC as well as on NPR's All Things Considered. Jenkins secured the last interview with the late Pennsylvania State University football coach Joe Paterno where she solicited his views on the Jerry Sandusky sexual molestation allegations for her newspaper shortly before Paterno died in January 2012.

After the release of the critical report by former FBI director Louis Freeh into Penn State's handling of the Jerry Sandusky's molestation allegations on July 12, 2012 -- “Freeh charged that Paterno, along with athletic director Timothy Curley, university president Graham Spanier and vice president Gary Schultz, engaged in a cover-up." Jenkins in a long Washington Post column started her submission with the statement that "Joe Paterno was a liar, there's no doubt about that now," and concluded that the only explanation for Paterno's lack of empathy in Sandusky’s victims was that he fell prey to “the belief that winning on the field makes you better and more important than other people.” Her attitude to Joe Paterno contrasts with her ongoing defense of Lance Armstrong since the release of the USADA report which has seen Armstrong stripped of the 7 Tour de France titles that he won. She responded to the demise of the American cyclist and subject of two of her books with a column entitled "Why I’m not angry at Lance Armstrong". A passage reads: "And I’m confused as to why using cortisone as an anti-inflammatory in a 2,000-mile race is cheating, and I wonder why putting your own blood back into your body is the crime of the century." The books she wrote with Armstrong contain passionate doping denials which turned out to be lies in light of the USADA investigation. Jenkins is the daughter of Hall of Fame sportswriter Dan Jenkins, who also once wrote for Sports Illustrated. Despite writing for The Washington Post, she resides in New York.