Search Ryan Mathews
Running Back for the Philadelphia Eagles 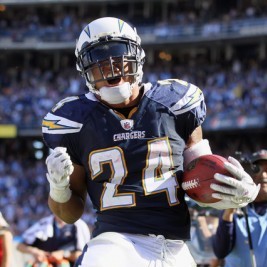 Businesses, Non-profit organizations, event planners and companies across the country have worked closely with our booking agents to hire Ryan Mathews for a speaking engagements, guest appearances, product endorsements and corporate events. Many of those same clients have continued to turn to our speakers bureau as we can easily align Ryan Mathews’s availability with their upcoming seminar, gala, annual conference, corporate function, and grand opening. Our close relationship with Ryan Mathews’s booking agent and management team further enables us to provide inquiring clients with Ryan Mathews’s speaking fee and appearance cost.

If your goal is to hire Ryan Mathews to be your next keynote speaker or to be the next brand ambassador our celebrity speakers bureau can assist. If Ryan Mathews’s booking fee is outside your companies budget or your unable to align with his appearance availability, our booking agents can provide you a list of talent that aligns with your event theme, budget and event date.

Ryan Jefforey Mathews is an American football running back for the Philadelphia Eagles of the National Football League. He played college football for Fresno State. He was drafted by the San Diego Chargers in the first round, 12th overall, in the 2010 NFL Draft. He was selected to his first Pro Bowl after the 2011 season.

Mathews was drafted by the San Diego Chargers with the 12th overall pick in the 2010 NFL draft. He is the third highest Fresno State Bulldog to be drafted since David Carr went 1st overall in the 2002 NFL Draft and Trent Dilfer went 6th overall in the 1994 NFL Draft.

On August 1, 2010, Mathews signed a five-year, $26.65 million contract with the Chargers. The deal includes $15 million guaranteed. Mathews struggled during his rookie season, but received praise for his improved play as a 2nd-year running back. He finished with 1,091 rushing yards and six touchdowns and made the Pro Bowl as an alternate for Ray Rice.On August 9, 2012, Mathews broke his right clavicle on his first carry in the first preseason game of 2012 against the Green Bay Packers. He was expected to be out for 4-6 weeks. On September 23, Mathews returned from his collarbone injury in Week 3 of the regular season. In the 27-3 loss to the Atlanta Falcons, Mathews made his season debut and rushed for 44 yards on 10 carries and caught 5 passes for 32 yards. However, he had a fumble inside the Falcons' 5-yard line. In the following game against Kansas City, Jackie Battle started instead of Mathews. Battle was in 27 plays compared to Mathews' 21, with most of Mathews work in the fourth quarter when San Diego's victory was mostly already decided. U-T San Diego wrote that Mathews would have been expected to start were it not for his fumble against Atlanta. On December 16 against the Carolina Panthers, Mathews broke his left clavicle and was placed on season-ending injured reserve for the remainder of the 2012 season. In 2013, Mathews did not miss a game due to injury for the first time in his career. He led the NFL with six 100-yard games, and set a career-high in rushing yards with 1,255 that season; it was the most yards by a Charger since Tomlinson’s 1,474 in 2007. Mathews led the NFL in both carries and yards rushing for the month of December, and ran for 100 yards in three of the final four games of the season. He fell short with 99 yards in a 26–13 win against the Oakland Raiders, when he also injured his left ankle. The following week in the regular season finale, he ran for a career-high 144 yards in a 27–24 overtime win over Kansas City that qualified San Diego for the playoffs. It was the Chargers' first postseason appearance since Mathews was drafted in 2010. The team won 27–10 in a wild-card round win against the Cincinnati Bengals. Mathews had 52 yards on 13 carries, but ran the ball just once in the second half due to his injured ankle. It was the second consecutive week he was a limited practice participant on Friday before playing on Sunday. Still hurting, he started the following game against the Denver Broncos despite being unable to practice the entire week. However, he was limited to five carries and 26 yards and left the game in the second quarter in a 24–17 Chargers loss.  Mathews missed seven games in 2014 after he sustained a sprained MCL in Week 2 against the Seattle Seahawks. After suffering an ankle sprain in Week 14 against the New England Patriots, he missed the remainder of the regular season.

Mathews signed a three-year deal with the Philadelphia Eagles on March 12, 2015. However, the Eagles also signed NFL rushing champion DeMarco Murray and already had Darren Sproles, who scored six rushing touchdowns on limited carries in 2014. However, Murray played poorly in the first two games of the season, rushing for 11 yards on 21 carries, although Mathews was not much better, rushing for 4 yards on 4 carries, while Sproles led the team with 46 yards on 6 carries. When Murray went down with a hamstring injury in week 3, Mathews stepped up against the 2-0 New York Jets and rushed for 108 yards on 24 carries as well as a 24 yard receiving touchdown. When Murray returned in week 4, Mathews was again the backup, while Murray had another sub-par game. On week 5, Murray rushed for 83 yards on 20 carries leading the team in rushing, but Mathews was only ten yards behind with only 8 carries.