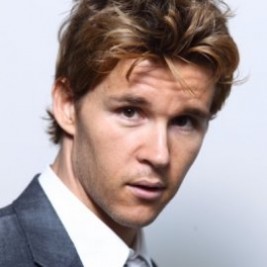 Businesses, Non-profit organizations, event planners and companies across the country have worked closely with our booking agents to hire Ryan Kwanten for a speaking engagements, guest appearances, product endorsements and corporate events. Many of those same clients have continued to turn to our speakers bureau as we can easily align Ryan Kwanten’s availability with their upcoming seminar, gala, annual conference, corporate function, and grand opening. Our close relationship with Ryan Kwanten’s booking agent and management team further enables us to provide inquiring clients with Ryan Kwanten’s speaking fee and appearance cost.

If your goal is to hire Ryan Kwanten to be your next keynote speaker or to be the next brand ambassador our celebrity speakers bureau can assist. If Ryan Kwanten’s booking fee is outside your companies budget or your unable to align with his appearance availability, our booking agents can provide you a list of talent that aligns with your event theme, budget and event date.

Ryan Kwanten, or Jason Stackhouse to fans of HBO's True Blood, is a television and film actor, who like some of his fellow Aussie actors, has made a move from Television Down Under to the Hollywood limelight. Known to his hometown of Sydney, New South Wales as sex symbol and lifeguard Vinnie Patterson on the soap opera Home and Away, Ryan's introduction to the acting business could be attributed to "just being in the right place, at the right time". When he was 15, her mom was supposed to drop his brother to an audition in an acting agency and then bring Ryan to swimming training. After waiting in the car and fearing that he might miss his training, Ryan went inside the audition place only to be dragged into auditioning and eventually signed up as an actor.

Kwanten then began appearing on television, starting with a recurring role as Ben Lloyd on the medical-themed soap, A Country Practice in 1994. He was then cast as a series regular on Channel Nine's Spellbinder: Land of the Dragon Lord in 1997. After playing the jock Josh Morgan in the teen sci-fi drama, Ryan took the fictional job of a lifeguard for several episodes on Home and Away between 1998 and 2002. He then left the series and made his move to Los Angeles, California in 2002 to show his wares on US television.

After guest appearances on The Handler and Tru Calling, he co-starred with Lori Loughlin and Zac Efron on the WB family drama Summerland, which marked Ryan's debut as a regular cast member in an American series. After the series ended, he completed the movies Flicka (2006), a family adventure drama, and Dead Silence (2007), a mystery horror. In 2008, Kwanten was hired to portray Anna Paquin's misguided and sex-crazed brother Jason Stackhouse on Alan Ball's hit cable series True Blood.