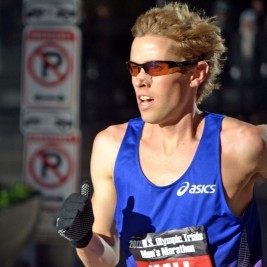 Businesses, Non-profit organizations, event planners and companies across the country have worked closely with our booking agents to hire Ryan Hall for a speaking engagements, guest appearances, product endorsements and corporate events. Many of those same clients have continued to turn to our speakers bureau as we can easily align Ryan Hall’s availability with their upcoming seminar, gala, annual conference, corporate function, and grand opening. Our close relationship with Ryan Hall’s booking agent and management team further enables us to provide inquiring clients with Ryan Hall’s speaking fee and appearance cost.

If your goal is to hire Ryan Hall to be your next keynote speaker or to be the next brand ambassador our celebrity speakers bureau can assist. If Ryan Hall’s booking fee is outside your companies budget or your unable to align with his appearance availability, our booking agents can provide you a list of talent that aligns with your event theme, budget and event date.

Ryan Hall was born October 14, 1982 in Kirkland, Washington is an American long distance runner. He won the marathon at the 2008 United States Olympic Trials and placed tenth in the Olympic marathon in Beijing. He holds the U.S. record in the half marathon. With his half marathon record time, he became the first U.S. runner to break the one hour barrier in the event.

Hall has been sponsored by ASICS since 2005. His coach at the time was Terrence Mahon, a former runner at Villanova University. In 2006 he won his first national title in the 12K cross-country championships, winning by 27 seconds.

On January 14, 2007, Hall won the Aramco Houston Half-Marathon in a time of 59:43, which makes him the 49th fastest half marathoner in history as of February 2013. The performance also demolished the previous North American record of 1:00:55, set by Mark Curp on September 15, 1985, in Philadelphia.

Hall was featured on the cover of the September 2008 Runner's World magazine and talks about his "run for glory" in the marathon in the 2008 Summer Olympics in Beijing. On August 24, 2008, Hall was the second American to cross the finish line the 2008 Men's Olympic Marathon, placing 10th with a time of 2:12:33. He ran at a much more conservative pace than the lead pack did, and gradually moved from 21st place at the 15k mark up to 10th at the 40 km mark. His teammates Dathan Ritzenhein and Brian Sell finished 9th and 22nd, respectively.

Hall was chosen as the 2008 Road Runner of the Year in the Open Male division by the Road Runners Club of America.

In 2010, Hall finished fourth in the Boston Marathon, and fourteenth in the Philadelphia Distance Run half marathon. Due to fatigue, he withdrew from the Chicago Marathon. In October, Hall left his coach Josh Cox, and the Mammoth Track Club. He won at the 2010 USA 7 Mile Championships.