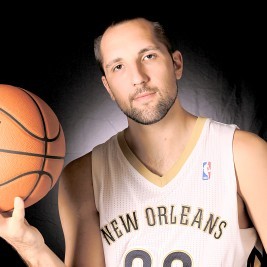 Businesses, Non-profit organizations, event planners and companies across the country have worked closely with our booking agents to hire Ryan Anderson for a speaking engagements, guest appearances, product endorsements and corporate events. Many of those same clients have continued to turn to our speakers bureau as we can easily align Ryan Anderson’s availability with their upcoming seminar, gala, annual conference, corporate function, and grand opening. Our close relationship with Ryan Anderson’s booking agent and management team further enables us to provide inquiring clients with Ryan Anderson’s speaking fee and appearance cost.

If your goal is to hire Ryan Anderson to be your next keynote speaker or to be the next brand ambassador our celebrity speakers bureau can assist. If Ryan Anderson’s booking fee is outside your companies budget or your unable to align with his appearance availability, our booking agents can provide you a list of talent that aligns with your event theme, budget and event date.

Ryan Anderson was born May 6, 1988 and is a professional basketball player who currently plays for the New Orleans Hornets of the National Basketball Association.

On April 3, 2008, Anderson declared himself eligible for the 2008 NBA Draft. He did not take an agent, leaving himself the option to return to Cal if he withdrew his name from the draft before June 16.

On June 26, 2008, Anderson was drafted #21 overall by the New Jersey Nets in the first round of the NBA Draft.

Anderson was selected 21st overall in the 2008 NBA Draft by the New Jersey Nets. He made his debut on October 29, 2008, during the Nets 95–85 win against the Washington Wizards. Toward the beginning of March he managed to earn the starting power forward spot.

On June 25, 2009, he was traded to the Orlando Magic along with Vince Carter in exchange for Rafer Alston, Tony Battie and Courtney Lee. On October 27, 2009, the Orlando Magic picked up Anderson's contract option for the 2010–11 season. Anderson began the 2009-10 NBA season as the starting power forward for the Magic, replacing a suspended Rashard Lewis. Anderson started well in the shortened 2011-12 NBA season, including a career high 30 point game against the New York Knicks. At the end of the season, he won the NBA Most Improved Player Award.

On July 11, 2012, Anderson was acquired in a sign-and-trade by the New Orleans Hornets for Gustavo Ayón.

On January 3, 2014, Anderson suffered a neck injury colliding with Gerald Wallace in the Pelicans' 95-92 win over the Boston Celtics. Anderson, who had to be removed from the court on a stretcher, required neck surgery and was ruled out for the rest of the season. On October 28, 2014, he made his return for the Pelicans in their season-opening game against the Orlando Magic. In 22 minutes of action, he recorded 22 points and 9 rebounds off the bench in the 101-84 win.

On February 22, 2015, he was ruled out for two to four weeks after being diagnosed with an MCL sprain in his right knee.