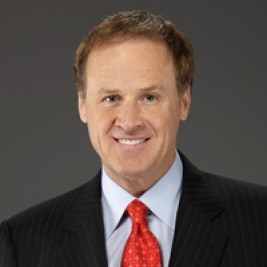 Businesses, Non-profit organizations, event planners and companies across the country have worked closely with our booking agents to hire Rusty Wallace for a speaking engagements, guest appearances, product endorsements and corporate events. Many of those same clients have continued to turn to our speakers bureau as we can easily align Rusty Wallace’s availability with their upcoming seminar, gala, annual conference, corporate function, and grand opening. Our close relationship with Rusty Wallace’s booking agent and management team further enables us to provide inquiring clients with Rusty Wallace’s speaking fee and appearance cost.

If your goal is to hire Rusty Wallace to be your next keynote speaker or to be the next brand ambassador our celebrity speakers bureau can assist. If Rusty Wallace’s booking fee is outside your companies budget or your unable to align with his appearance availability, our booking agents can provide you a list of talent that aligns with your event theme, budget and event date.

In the late 70's prior to joining the NASCAR circuit, Wallace made a name for himself racing around the Midwest winning a pair of local track championships. Rusty won more than 200 short track races. In 1979 he won United States Auto Club's Rookie of the Year honors while competing against the likes of A.J. Foyt and other racing legends. In 1983 he won the American Speed Association championship while competing against some of NASCAR's future stars like Mark Martin, 1992 NASCAR Champion Alan Kulwicki and Dick Trickle.

Wallace finished second in his first NASCAR race at Atlanta in 1980. Wallace joined the Winston Cup circuit full-time in 1984, winning NASCAR Rookie of the Year honors and finishing 14th in the final points standings. He raced in the #88 Gatorade Pontiac for Cliff Stewart.

In 1986 he switched teams to the #27 Alugard Pontiac for Raymond Beadle. Rusty's first win came on April 6, 1986, at Bristol Motor Speedway, this would also become the site of his 50th career NASCAR win. In 1987 reached a new sponsorship, and his early career is most remembered for his #27 Kodiak Pontiac. He dominanted at short tracks and road courses.

In 1990, Raymond Beadle switched sponsors, to Miller Genuine Draft. That association lasted one year, before Wallace took the sponsorship with him to Roger Penske/Penske Racing, and he continued in the #2 MGD Pontiac. He also won the 1991 IROC championship.

While 1992 only carried him one win, the win at the Miller 400 was satisfying; it was the first win for Rusty in a car which arguably was Rusty's best known chassis for his career, one affectionly known as "Midnight" after the win. "Midnight" would be raced for six seasons, carrying various race wins, before being retired in 1997.

1993 was arguably his most successful season. He won 10 of the 30 races, but finished second 80 points behind Earnhardt in the final points standings. He ended the season strong, finishing in the Top-3 in all but two of the final ten races of the season.

In 1997, Miller changed the teams sponsorship to Miller Lite, replacing the black and gold with a blue and white scheme.

In 2003, Penske Racing switched to Dodge, and appropriately, in 2004, Wallace won his 55th, and final, race on a short track: the 2004 spring Martinsville Speedway race. It was also the last win for the track under the ownership of the H. Clay Earles Trust; the death of Mary Weatherford forced the Trust to sell the track a month later.

On August 30, 2004 Wallace announced that the 2005 NASCAR NEXTEL Cup season would be his last as a full-time driver. However, he may continue to run a limited schedule after the 2005 season -- as semi-retirees Bill Elliott and Terry Labonte also have done.

In 2006, Wallace returned to his Pontiac roots when he raced a Crawford-Pontiac sportscar, painted black and carrying the familiar stylised #2, also sponsored by Callaway Golf, in the 24 hours of Daytona at Daytona, teamed with Danica Patrick and Allan McNish.

To date, Rusty had 55 NASCAR wins, which is tied for 8th on NASCAR's all-time wins list. He retired after the 2005 season with a 14.4 career average finish.