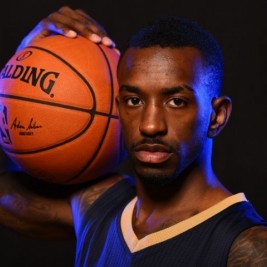 Businesses, Non-profit organizations, event planners and companies across the country have worked closely with our booking agents to hire Russ Smith for a speaking engagements, guest appearances, product endorsements and corporate events. Many of those same clients have continued to turn to our speakers bureau as we can easily align Russ Smith’s availability with their upcoming seminar, gala, annual conference, corporate function, and grand opening. Our close relationship with Russ Smith’s booking agent and management team further enables us to provide inquiring clients with Russ Smith’s speaking fee and appearance cost.

If your goal is to hire Russ Smith to be your next keynote speaker or to be the next brand ambassador our celebrity speakers bureau can assist. If Russ Smith’s booking fee is outside your companies budget or your unable to align with his appearance availability, our booking agents can provide you a list of talent that aligns with your event theme, budget and event date.

Russ Smith is an American professional basketball player who currently plays for the Memphis Grizzlies of the National Basketball Association. He played collegiately for Louisville Cardinals. As a junior he was named a third team All-American by the NABC and the Sporting News.

On June 26, 2014, Smith was selected with the 47th overall pick in the 2014 NBA draft by the Philadelphia 76ers. The next day, his rights were traded to the New Orleans Pelicans in exchange for the rights to Pierre Jackson. On July 15, 2014, he signed his rookie scale contract with the Pelicans. During his rookie season with the Pelicans, he had multiple assignments with the Fort Wayne Mad Ants of the NBA Development League.

On January 12, 2015, Smith was traded to the Memphis Grizzlies in a three-team deal involving the Pelicans and the Boston Celtics. He has been assigned multiple times to the Iowa Energy in his rookie season. Smith made his playoff debut on May 3, 2015, in a 101-86 loss to the Golden State Warriors.