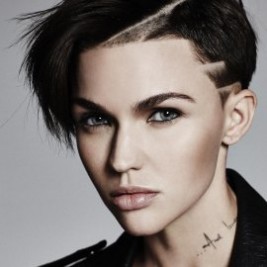 Businesses, Non-profit organizations, event planners and companies across the country have worked closely with our booking agents to hire Ruby Rose for a speaking engagements, guest appearances, product endorsements and corporate events. Many of those same clients have continued to turn to our speakers bureau as we can easily align Ruby Rose’s availability with their upcoming seminar, gala, annual conference, corporate function, and grand opening. Our close relationship with Ruby Rose’s booking agent and management team further enables us to provide inquiring clients with Ruby Rose’s speaking fee and appearance cost.

If your goal is to hire Ruby Rose to be your next keynote speaker or to be the next brand ambassador our celebrity speakers bureau can assist. If Ruby Rose’s booking fee is outside your companies budget or your unable to align with his appearance availability, our booking agents can provide you a list of talent that aligns with your event theme, budget and event date.

Ruby Rose, is an Australian model, DJ, actress, television presenter, MTV VJ and recording artist. She is the face of Maybelline NY in Australia.

Rose first gained fame by joining the Girlfriend model search in 2002, which she came in second.

In order to land her gig as an MTV VJ in Australia, she competed against 2000 other hopefuls in a three-week national search, as former VJ Lyndsey Rodrigues moved to the United States to co-host TRL.

In 2009, Rose won the ASTRA Award for Favourite Female Personality. She also travelled to Kenya to "highlight ... the amazing work" done by Global Vision International. She appeared on the first episode of Talkin' 'Bout Your Generation, representing Generation Y alongside comedian Josh Thomas. She appeared in the episode "Media Virgins", of Australia's Next Top Model, acting as a guest judge. She also worked as a correspondent for the finale of Australia's Next Top Model. From July 2009, Rose along with Dave Hughes, Charlie Pickering, Carrie Bickmore and James Mathison hosted The 7pm Project, an Australian television news talk show produced by Roving Enterprises which airs weeknights on Network Ten. She left the program to pursue her own hosting projects.

In October 2009 it was announced that FOX8 had picked up the rights to UK format Ultimate School Musical, which features ordinary teenagers from a school attempting to put on a music production to a professional standard in just six weeks. The Australian version was produced by FremantleMedia Australia with Rose as host, and aired in 2010. Rose also hosted the Foxtel Mardi Gras for 3 consecutive years before becoming an official correspondent for Foxtel for the Vancouver Winter Olympics in 2010.

Rose identifies as genderfluid, saying, "I am very gender fluid and feel more like I wake up every day sort of gender neutral.". This announcement came approximately a week after she released a short film called "Break Free," in which she visually transitions from a very feminine woman to a heavily tattooed man. Rose also stated that she prefers to continue using she/her pronouns.

In 2015, Rose joined the Orange Is the New Black cast in Season 3. Rose played new inmate Stella Carlin "whose sarcastic sense of humor and captivating looks quickly draw the attention of some of Litchfield's inmates."