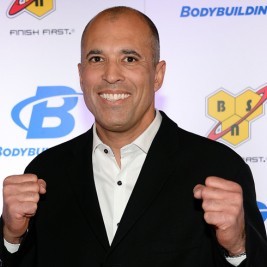 Businesses, Non-profit organizations, event planners and companies across the country have worked closely with our booking agents to hire Royce Gracie for a speaking engagements, guest appearances, product endorsements and corporate events. Many of those same clients have continued to turn to our speakers bureau as we can easily align Royce Gracie’s availability with their upcoming seminar, gala, annual conference, corporate function, and grand opening. Our close relationship with Royce Gracie’s booking agent and management team further enables us to provide inquiring clients with Royce Gracie’s speaking fee and appearance cost.

If your goal is to hire Royce Gracie to be your next keynote speaker or to be the next brand ambassador our celebrity speakers bureau can assist. If Royce Gracie’s booking fee is outside your companies budget or your unable to align with his appearance availability, our booking agents can provide you a list of talent that aligns with your event theme, budget and event date.

Royce Gracie is a retired Brazilian professional mixed martial artist, a UFC Hall of Famer, and a Brazilian Jiu-Jitsu practitioner. He is considered by some to be the most influential figure in the history of modern MMA. Gracie gained fame for his success in the Ultimate Fighting Championship. Between 1993 and 1994, he was the tournament winner of UFC 1, UFC 2, UFC 4, and fought to a draw with Ken Shamrock in the championship match in the Superfight at UFC 5. Gracie popularized Brazilian Jiu-Jitsu and revolutionized mixed martial arts with his results contributing to the movement towards grappling and cross-training in the sport. He holds the most consecutive submission victories in UFC history with 11, which he earned between UFC 1 and UFC 4.

On December 15, 2010 the UFC held a press conference in Rio de Janeiro, Brazil announcing an event August 27, 2011 at the HSBC Arena. During the press conference Royce stated: "This return of UFC to Brazil touched me, made me feel the wish of coming back to the Octagon. Everything is being negotiated with Dana White. Let's wait". On March 11, 2011 Royce Gracie's profile was added back to ufc.com active fighters list as a middleweight. His manager stated that they were actively negotiating with the UFC for a return to the octagon and said it was just a matter of "getting it nailed down" and that there was plenty of time for it. On November 15, 2013 at UFC 167 on the 20th Anniversary of the UFC, Royce Gracie with MMA journalist Ariel Helwani confirmed he had retired from competing in Mixed Martial Arts.