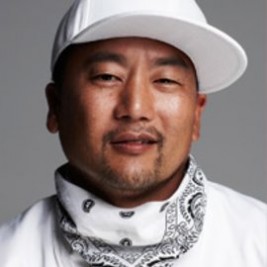 Businesses, Non-profit organizations, event planners and companies across the country have worked closely with our booking agents to hire Roy Choi for a speaking engagements, guest appearances, product endorsements and corporate events. Many of those same clients have continued to turn to our speakers bureau as we can easily align Roy Choi’s availability with their upcoming seminar, gala, annual conference, corporate function, and grand opening. Our close relationship with Roy Choi’s booking agent and management team further enables us to provide inquiring clients with Roy Choi’s speaking fee and appearance cost.

If your goal is to hire Roy Choi to be your next keynote speaker or to be the next brand ambassador our celebrity speakers bureau can assist. If Roy Choi’s booking fee is outside your companies budget or your unable to align with his appearance availability, our booking agents can provide you a list of talent that aligns with your event theme, budget and event date.

Classically trained chef Roy Choi is a culinary street revolutionary. He brings together the high and the low – deliciously, passionately, and socially. He breaks down boundaries that separate chefs from hungry people. He creates businesses that thrive on the energy of their staff and their fans, on a mission of flavor and honesty and social creativity. He feeds people, body and soul. While his pedigree includes Le Bernardin and the Beverly Hilton, his fame rose with one amazing taco that tastes like L.A. – and nearly single-handedly created the gourmet food truck movement with his partners on the wings of Twitter.

Before hitting the streets with his popular food truck Kogi BBQ, Choi executed classical techniques in professional kitchens and banquet halls for twelve years in New York, San Francisco, Portland, and Lake Tahoe. Then came the Great Recession. Laid off, having lost everything, with a family to support, Choi had to get creative: He said yes to a friend who rented a truck and co-founded Kogi BBQ. With his Korean-Mexican tacos as the marquee star, Choi found a way to develop and carry out the vision that drives him to this day. Choi serves top quality food at a great price to all people: Angelenos, the kids and neighborhood people Choi grew up with on the streets of K-town and southern California. Because of the mobile nature of the venue, the biggest challenge they faced was their fans’ ability to locate the truck. Choi and his team took to the web to let fans knows where they would be serving. Choi admits that “without Twitter, it wouldn’t be anything,” and Newsweek later dubbed Kogi “the first viral eatery.” Choi was hailed as a pioneer, and the Kogi model has often been duplicated.

Building on his success (including television appearances and major buzz in local, national, and worldwide press), Choi provided yet another source of culinary revelation for his Angeleno clientele with his first sit-down restaurant, Chego in Palms, in April of 2010, followed by A-Frame in the same year, and Sunny Spot just east of Venice Beach in 2011. His newest restaurant venture, featuring the tastes of Korea translated through an L.A. state of mind, will open at the new hotel, The Line, in L.A. in late 2013. Choi’s first book, L.A. Son: My Life, My City, My Food, will be published in the Fall of 2013 under Anthony Bourdain’s new imprint at Ecco.