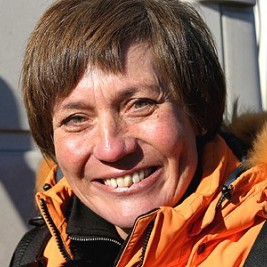 If your goal is to hire Rosi Mittermaier to be your next keynote speaker or to be the next brand ambassador our celebrity speakers bureau can assist. If Rosi Mittermaier’s booking fee is outside your companies budget or your unable to align with his appearance availability, our booking agents can provide you a list of talent that aligns with your event theme, budget and event date.

Rosemarie "Rosi" Mittermaier-Neureuther is a retired World Cup alpine ski racer from Germany. She was the overall World Cup champion in 1976 and a double gold medalist at the 1976 Winter Olympics.

Born in Reit im Winkl, Bavaria, Mittermaier won two gold medals and one silver at the 1976 Winter Olympics in Innsbruck, Austria. Her victory in the Olympic downhill was the only downhill win in her international career. Mittermaier was the most successful athlete at those games, along with cross-country skier Raisa Smetanina of the Soviet Union, earning her the nickname of Gold-Rosi within Germany. Mittermaier made her World Cup debut in the inaugural season of 1967 at age 16, and won her first World Cup race two seasons later. She retired from international competition at age 25, following the very successful 1976 season. In addition to the overall World Cup title, she also won the season title in slalom and combined in 1976. After winning both races at Copper Mountain in Colorado to wrap up the overall and slalom titles, the four-year-old resort immediately named the race course run after her. In addition to her success in international competition, she also won 16 German national titles during her career.

Today, Mittermaier works for several charities and occasionally as a commentator for German television for major sporting events. She established a charitable foundation to aid children with rheumatism in 2000.