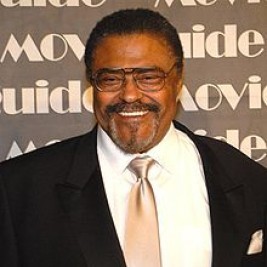 Businesses, Non-profit organizations, event planners and companies across the country have worked closely with our booking agents to hire Rosey Grier for a speaking engagements, guest appearances, product endorsements and corporate events. Many of those same clients have continued to turn to our speakers bureau as we can easily align Rosey Grier’s availability with their upcoming seminar, gala, annual conference, corporate function, and grand opening. Our close relationship with Rosey Grier’s booking agent and management team further enables us to provide inquiring clients with Rosey Grier’s speaking fee and appearance cost.

If your goal is to hire Rosey Grier to be your next keynote speaker or to be the next brand ambassador our celebrity speakers bureau can assist. If Rosey Grier’s booking fee is outside your companies budget or your unable to align with his appearance availability, our booking agents can provide you a list of talent that aligns with your event theme, budget and event date.

One of twelve children, Grier was named after President Franklin Delano Roosevelt. Actress Pam Grier is his cousin. Grier was well known in the 1970s for his hobbies of needlepoint and macrame, practices not normally associated with "macho" sports figures.

After attending Penn State University, Grier began his professional football career in 1955. He was number 76 and was part of the National Football League defensive lineman with the New York Giants from 1955 to 1962 where he was named All pro defensive tackle in 1957.

Grier then played with the Los Angeles Rams from 1963 to 1966. He was part of the Fearsome Foursome, often considered the best defensive line in football history.

A torn Achilles' tendon ended his football career in 1967.

Grier was serving as a bodyguard for his friend Robert Kennedy when Kennedy was assassinated in Los Angeles in 1968. Grier and Olympic gold medalist Rafer Johnson subdued Sirhan Sirhan, with Grier jamming his thumb behind the trigger of the gun to prevent further shots from being fired.

Grier has appeared in a number of films and television shows. One of the first football stars to successfully transition to acting, Grier starred in a handful low-budget features, including The Thing with Two Heads. He made about 70 television guest appearances, and became a regular cast member on the series Daniel Boone, Make Room for Granddaddy, and The White Shadow. Grier also sang the song "It's All Right to Cry" for the children's album and TV program Free to Be" You and Me. Grier appeared on the television game show Match Game 74 as a panelist.

Grier has also written a number of books, and now travels the United States as an inspirational speaker, and is cofounder of American Neighborhood Enterprises, an organization that works to help disadvantaged city dwellers buy homes and receive vocational training.

Grier was ordained a Christian minister in 1983, and the next year he founded his nonprofit resource center for inner-city teens, developing spiritual and educational programs for disadvantaged youths.

He has been honored by Penn State as recipient of the Distinguished Alumni Award in 1974, and the Alumni Fellow Award in 1991. He was named to the NCAA's "List of the 100 Most Influential Student-Athletes" published to commemorate the NCAA's 100th anniversary.