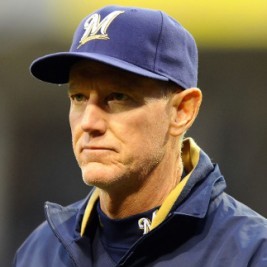 Businesses, Non-profit organizations, event planners and companies across the country have worked closely with our booking agents to hire Ron Roenicke for a speaking engagements, guest appearances, product endorsements and corporate events. Many of those same clients have continued to turn to our speakers bureau as we can easily align Ron Roenicke’s availability with their upcoming seminar, gala, annual conference, corporate function, and grand opening. Our close relationship with Ron Roenicke’s booking agent and management team further enables us to provide inquiring clients with Ron Roenicke’s speaking fee and appearance cost.

If your goal is to hire Ron Roenicke to be your next keynote speaker or to be the next brand ambassador our celebrity speakers bureau can assist. If Ron Roenicke’s booking fee is outside your companies budget or your unable to align with his appearance availability, our booking agents can provide you a list of talent that aligns with your event theme, budget and event date.

The brother of Gary Roenicke, father of Lance Roenicke, and uncle of Josh Roenicke, Jason Roenicke and Jarett Roenicke, Ron Roenicke played eight seasons in the majors. In 1990, Roenicke along with his brother Gary, played for the San Bernardino Pride of the Senior Professional Baseball Association. He played in 25 games batting .274 with 21 RBI and was tied for the league home run title with Butch Benton and Rick Lancellotti with 5 long balls when the SPBA folded. After his playing career ended, he was a minor league manager for the Los Angeles Dodgers and San Francisco Giants. Roenicke was also a coach for the Albuquerque Dukes in 1996. From 2000 to 2010, he was a Los Angeles Angels coach. He was named to succeed Ken Macha as manager of the Milwaukee Brewers for the 2011 on November 2, 2010. In his first season, he led the Brewers to the NL Central division title, the team's first finish in first place since moving to the National League in 1998. He also led them to their first victory in a postseason series since their World Series run in 1982 when they defeated the Arizona Diamondbacks in 5 games in the NLDS. However, the team's excellent run ended when they faced the underdog St. Louis Cardinals in the NLCS; they lost to the eventual World Champions, 4 games to 2.