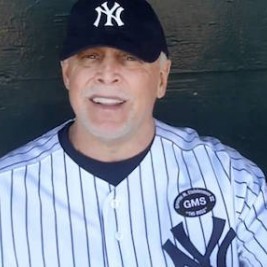 Businesses, Non-profit organizations, event planners and companies across the country have worked closely with our booking agents to hire Ron Blomberg for a speaking engagements, guest appearances, product endorsements and corporate events. Many of those same clients have continued to turn to our speakers bureau as we can easily align Ron Blomberg’s availability with their upcoming seminar, gala, annual conference, corporate function, and grand opening. Our close relationship with Ron Blomberg’s booking agent and management team further enables us to provide inquiring clients with Ron Blomberg’s speaking fee and appearance cost.

If your goal is to hire Ron Blomberg to be your next keynote speaker or to be the next brand ambassador our celebrity speakers bureau can assist. If Ron Blomberg’s booking fee is outside your companies budget or your unable to align with his appearance availability, our booking agents can provide you a list of talent that aligns with your event theme, budget and event date.

He did not have a field position and had batted earlier than the other American League Designated Hitters that day. Blomberg played 8 Major League seasons, all but the last with the New York Yankees, between 1969 and 1978. DH was the ideal position for the slugging left handed hitter and weak fielder. Yankee Ron Blomberg, a lifetime .293 hitter, was the first official "Designated Pinch Hitter," as the position was originally called. Before the game, he asked bench coach Elston Howard what to do as DH. "He said," Blomberg recalled, 'the only thing you do is go take batting practice and just hit.' " "When it was my time to hit," Blomberg said, "the bases were loaded. I was batting sixth in the Yankee order against Luis Tiant. I walked and forced in a run." The DH was now a part of baseball history and baseball. "I was left at first base," the brand-new first DH said. "And I was going to stay there because normally that was my position. Elston said 'Come on back to the bench, you aren't supposed to stay out here.' I went back and said, 'What do I do?' He said, 'You just sit here with me.' Facing Luis Tiant, Blomberg went 1-for-3. Boston DH Orlando Cepeda was less successful, going 0-for-6, but the Red Sox had no need for extra DH firepower in this game. They cruised to a 15-5 victory on 20 hits, including two home runs by Carlton Fisk, one a grand slam. Blomberg was a product of the awful, some would say, woeful Yankees of the mid-60s. New York chose him with the first pick in the 1967 free agent draft after finishing in last place the year before. Blomberg also had hundreds of scholarship offers to play football and basketball. A first-baseman-outfielder, Blomberg went 3-for-6 in his major league debut on September 10, 1969. A very talented athlete, his lifetime batting average was just below .300. But by 1973, injuries had slowed him and limited his mobility, making him tailor-made for the new DH spot. While the DH is often associated with aging sluggers, this first designated hitter was only 24 years old. "With Bobby Bonds in right field and three first basemen, I might as well have donated my glove to charity,"Blomberg joked. After the game, Blomberg's bat was shipped off to the Baseball Hall of Fame in Cooperstown. "I went into the Hall of Fame through the back door," Blomberg says. "Everywhere I go, people always talk about me being the first DH in baseball." He went on to have his best season in 1973, hitting .329 with 12 homers and 57 RBIs. A sidebar to that game was that the first ball was thrown out by Ed Folger, a Red Sox minor leaguer who had his legs amputated following a farm accident the previous September.