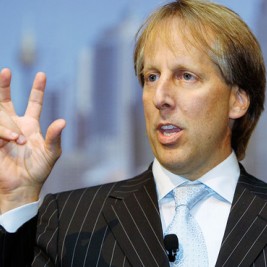 Businesses, Non-profit organizations, event planners and companies across the country have worked closely with our booking agents to hire Rod Beckstrom for a speaking engagements, guest appearances, product endorsements and corporate events. Many of those same clients have continued to turn to our speakers bureau as we can easily align Rod Beckstrom’s availability with their upcoming seminar, gala, annual conference, corporate function, and grand opening. Our close relationship with Rod Beckstrom’s booking agent and management team further enables us to provide inquiring clients with Rod Beckstrom’s speaking fee and appearance cost.

If your goal is to hire Rod Beckstrom to be your next keynote speaker or to be the next brand ambassador our celebrity speakers bureau can assist. If Rod Beckstrom’s booking fee is outside your companies budget or your unable to align with his appearance availability, our booking agents can provide you a list of talent that aligns with your event theme, budget and event date.

Rod Beckstrom is an American author, high-tech entrepreneur, and former CEO and President of ICANN. He previously served as Director of the National Cyber Security Center.

Rod received his BA with Honors and Distinction and an MBA from Stanford University, where he served as the Chairman of the Council of Presidents of the Associated Students of Stanford University. In August 2007, Beckstrom and Peter Thoeny, author of TWiki co-launched TWIKI.NET, a Web 2.0 company that supports TWiki, an open source wiki. Beckstrom became Chairman and Chief Catalyst. He was also co-founder, Chairman and CEO of CATS Software Inc., a derivatives and risk management software company which went public on NASDAQ and later was sold to Misys PLC.

On March 20, 2008, Beckstrom was appointed to run the newly created National Cyber Security Center, a position requiring "advanced thought leadership in areas like coordination, collaboration and team work in order to best serve the mission". On March 5, 2009, less than a year after the position was created, he stated that he would resign as the Director of the National Cyber Security Center on Friday, March 13, 2009. He has recommended the Deputy Director Mary Ellen Seale as his successor. He stated that a lack of cooperation from the NSA and insufficient funding led to his resignation. He stated that he received $500,000 which funded five weeks of operation. He has stated that he supports a more decentralized approach and opposes the NSA's move to try to "rule over" the NCSC.

On 25 June 2009, at its 35th meeting in Sydney, Australia, the Board of ICANN resolved to appoint Rod Beckstrom as its CEO and President. At ICANN, he presided over a number of notable developments, including the 15 July 2010 DNSSEC signing of the DNS root, and the 20 June 2011 opening of the gTLD namespace to additional applicants. On July 1, 2012 he was succeeded as CEO by ICANN's COO as CEO pro tem who served in that capacity until Beckstrom's permanent replacement Fadi Chehade was able to take up his position on 1 October 2012.