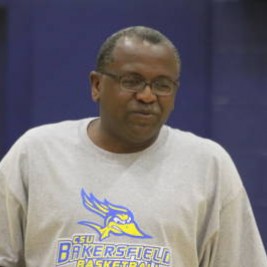 Businesses, Non-profit organizations, event planners and companies across the country have worked closely with our booking agents to hire Rod Barnes for a speaking engagements, guest appearances, product endorsements and corporate events. Many of those same clients have continued to turn to our speakers bureau as we can easily align Rod Barnes’s availability with their upcoming seminar, gala, annual conference, corporate function, and grand opening. Our close relationship with Rod Barnes’s booking agent and management team further enables us to provide inquiring clients with Rod Barnes’s speaking fee and appearance cost.

If your goal is to hire Rod Barnes to be your next keynote speaker or to be the next brand ambassador our celebrity speakers bureau can assist. If Rod Barnes’s booking fee is outside your companies budget or your unable to align with his appearance availability, our booking agents can provide you a list of talent that aligns with your event theme, budget and event date.

When Rob Evans departed for Arizona State University in 1998, Barnes was promoted to head coach of Ole Miss. Barnes coached them for eight seasons, building a 141–109 record. He was named the 2001 Naismith College Coach of the Year and the 2001 SEC Coach of the Year after leading Ole Miss to a school-record 27-win season in 2000–01 which included a trip to the Sweet Sixteen round of the NCAA Men's Division I Basketball Championship. Barnes was fired at Ole Miss after the 2005–06 season in which Ole Miss started 13–3 but lost 13 of their last 14 games. Barnes served as an assistant coach at the University of Oklahoma during the 2006–07 season. On March 19, 2007, Barnes was hired as the head coach of the men's basketball team at Georgia State University of the NCAA Division I's Colonial Athletic Association. On February 26, 2011, it was announced that Barnes would not return as head coach at Georgia State.  On March 30th, 2011 Rod Barnes was named head men's basketball coach at Cal State Bakersfield.