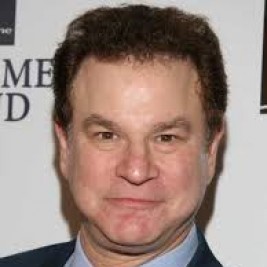 Businesses, Non-profit organizations, event planners and companies across the country have worked closely with our booking agents to hire Robert Wuhl for a speaking engagements, guest appearances, product endorsements and corporate events. Many of those same clients have continued to turn to our speakers bureau as we can easily align Robert Wuhl’s availability with their upcoming seminar, gala, annual conference, corporate function, and grand opening. Our close relationship with Robert Wuhl’s booking agent and management team further enables us to provide inquiring clients with Robert Wuhl’s speaking fee and appearance cost.

If your goal is to hire Robert Wuhl to be your next keynote speaker or to be the next brand ambassador our celebrity speakers bureau can assist. If Robert Wuhl’s booking fee is outside your companies budget or your unable to align with his appearance availability, our booking agents can provide you a list of talent that aligns with your event theme, budget and event date.

Robert Wuhl is an American actor, comedian and writer. He is perhaps best known as the creator and star of the television comedy series Arliss.

After several years of comedy, Wuhl had roles in movies including Tim Burton's 1989 Batman with Michael Keaton, Bull Durham with Kevin Costner, Cobb with Tommy Lee Jones, Mistress with Robert De Niro and Good Morning, Vietnam with Robin Williams. His first role in movies was a starring role in the 1980 comedy The Hollywood Knights along with other fledgling actors Tony Danza, Michelle Pfeiffer and Fran Drescher. He wrote two of the six episodes for the TV series Police Squad! in 1982, and did an audio commentary for its release on DVD in 2006. He also had small roles in the 1983 film Flashdance, and the 1989 film Blaze.

Wuhl was in the beginning of the music video to Madonna's 1985 hit "Material Girl". In 1992, he appeared in The Bodyguard as host of the Oscars. In reality he won two Emmy Awards for co-writing the Academy Awards in 1990 & 1991 with Billy Crystal. From 1996 to 2002 he wrote and starred in the HBO series Arli$$ as the title character, an agent for high-profile athletes.

From 2000 to 2001, he was a frequent panelist on the ESPN game show 2 Minute Drill, often quizzing the contestants on sports-related movies. Wuhl was a player in the Game Show Network's Poker Royale series, a competition between pros and comedians. In 2006, he starred on HBO in a one-man-show, Assume the Position with Mr. Wuhl, where he taught a history class to show how history is created and propagated in a similar fashion to pop culture. A second chapter entitled Assume the Position 201 with Mr. Wuhl aired on HBO in July 2007. Wuhl is currently developing a stage adaptation of "Assume the Position" at Ars Nova in New York City. He also hosted a sports, sports business and entertainment daily talk radio show, for Westwood One from January through December 2011. Wuhl occasionally fills in for Boomer Esaison on the Boomer & Carton show. He plays a judge on the TNT series Franklin & Bash. He played Herb Tucker in a revival of the comedy-drama play I Ought to Be in Pictures. In 2015, Wuhl portrayed himself on American Dad!, in the episode "Manhattan Magical Murder Mystery Tour".