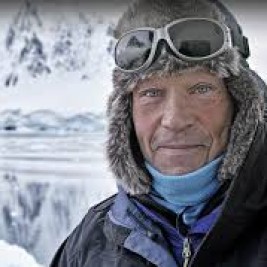 Businesses, Non-profit organizations, event planners and companies across the country have worked closely with our booking agents to hire Robert Swan for a speaking engagements, guest appearances, product endorsements and corporate events. Many of those same clients have continued to turn to our speakers bureau as we can easily align Robert Swan’s availability with their upcoming seminar, gala, annual conference, corporate function, and grand opening. Our close relationship with Robert Swan’s booking agent and management team further enables us to provide inquiring clients with Robert Swan’s speaking fee and appearance cost.

If your goal is to hire Robert Swan to be your next keynote speaker or to be the next brand ambassador our celebrity speakers bureau can assist. If Robert Swan’s booking fee is outside your companies budget or your unable to align with his appearance availability, our booking agents can provide you a list of talent that aligns with your event theme, budget and event date.

Swan was born in 1956 in Durham, England. While studying history at the University of Durham in the mid-1970s, he became intrigued by Robert Falcon Scott's 1911"12 journey to the South Pole, and he spent the next decade organizing his own expedition to Antarctica. British mountaineer Roger Mear and Canadian mountaineer Gareth Wood set out with Swan from Cape Evans on Nov. 3, 1985, for a re-creation of Scott's trek.

Despite high winds, blinding snow, bitter temperatures, hunger, and occasional injuries, Swan and his companions hauled their heavy sledges 883 miles and reached the South Pole on Jan. 11, 1986. The men, who in an attempt to re-create Scott's trek as closely as possible did not carry a radio, soon learned from the manager of the United States's Amundsen-Scott South Pole Station that their support vessel had sunk after being crushed by ice, but the crew and the plane were safe. Swan reluctantly abandoned the plan of conducting the whole trip without outside help and let the United States airlift them back. Queen Elizabeth II awarded Swan the Polar Medal for his success.

Swan next led an eight-man team on a trek of more than 600 miles to reach the North Pole on May 14, 1989. The expedition, called "Icewalk," received a great deal of media attention worldwide because Swan dedicated it to raising global environmental awareness among young people. Sponsors funded a gathering of students from 15 countries at Arctic Station Eureka, where they completed their own mini-expedition and monitored the progress of Swan's group. In 1993 Swan created his own foundation devoted to environmental education, research, and problem-solving.

In January 1997 Swan joined a multinational group of students known as Young Explorers aboard a research and monitoring vessel for a voyage in Antarctic waters as part of the Tandem One Step Beyond program. Others throughout the world followed their progress via computer. Prior to this experience, Swan flew to the South Pole to attempt a journey that would have made him the first person to have walked across the continent of Antarctica. Poor weather conditions threw off his timetable, and he had to stop in order to reach the Young Explorers ship on time.

Swan was awarded the Order of the British Empire and received many other honors. Time magazine ranked him as one of the best motivational speakers in the world. In June 1997 he announced plans to sail groups of politicians to the Antarctic to show them the problems of global warming.