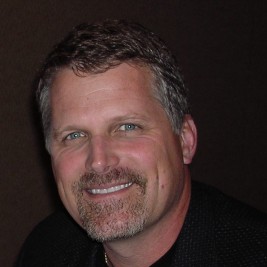 Businesses, Non-profit organizations, event planners and companies across the country have worked closely with our booking agents to hire Robert Newman for a speaking engagements, guest appearances, product endorsements and corporate events. Many of those same clients have continued to turn to our speakers bureau as we can easily align Robert Newman’s availability with their upcoming seminar, gala, annual conference, corporate function, and grand opening. Our close relationship with Robert Newman’s booking agent and management team further enables us to provide inquiring clients with Robert Newman’s speaking fee and appearance cost.

If your goal is to hire Robert Newman to be your next keynote speaker or to be the next brand ambassador our celebrity speakers bureau can assist. If Robert Newman’s booking fee is outside your companies budget or your unable to align with his appearance availability, our booking agents can provide you a list of talent that aligns with your event theme, budget and event date.

Newman is best known for his role as Joshua Lewis on the American soap opera Guiding Light, a role he played from 1981 to 1984, and again from 1986 to 1991, and 1993 to the Guiding Light series finale in September 2009. The character of Josh was initially introduced as a bad boy of sorts and paired with several female leads. With the arrival of Reva Shayne, played by Kim Zimmer, Josh and Reva became a popular "supercouple". Newman and Zimmer's characters have become the cornerstone couple of the show, although Newman was paired with other actresses, including Michelle Forbes, Beth Ehlers, Marcy Walker, Cynthia Watros, Crystal Chappell, and Nicole Forester. Newman was also involved in some of the more farfetched storylines on the show, including a controversial storyline where Josh had a presumed-dead Reva cloned, and another storyline involving time-travel.

In addition to his role on Guiding Light, Newman also played the characters of Prescott Harrell on General Hospital, and Kirk Cranston replacing Joseph Bottoms, on Santa Barbara in 1986. Newman has been nominated for four Soap Opera Digest awards for his role as Josh Lewis. In addition, he has also been nominated for two Daytime Emmy Awards in 2002 and 2006, both times in the category of Outstanding Lead Actor in a Drama Series. Summer 2013: He is currently starring in the off-Broadway musical "Peter Pan," in the role of Captain Hook, as well as Ira Levin's "Death Trap" at the Barn Theatre in Augusta, Michigan.