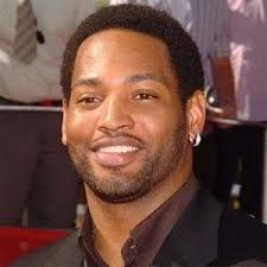 Businesses, Non-profit organizations, event planners and companies across the country have worked closely with our booking agents to hire Robert Horry for a speaking engagements, guest appearances, product endorsements and corporate events. Many of those same clients have continued to turn to our speakers bureau as we can easily align Robert Horry’s availability with their upcoming seminar, gala, annual conference, corporate function, and grand opening. Our close relationship with Robert Horry’s booking agent and management team further enables us to provide inquiring clients with Robert Horry’s speaking fee and appearance cost.

If your goal is to hire Robert Horry to be your next keynote speaker or to be the next brand ambassador our celebrity speakers bureau can assist. If Robert Horry’s booking fee is outside your companies budget or your unable to align with his appearance availability, our booking agents can provide you a list of talent that aligns with your event theme, budget and event date.

NBA workhorse, Robert Horry was born August 25, 1970 and is a retired basketball player and current sports commentator. He played 16 seasons in the National Basketball Association, winning seven championships, the most of any player not to have played on the 1960s Boston Celtics. He is one of only two players to have won NBA championships with three different teams: two with the Houston Rockets, three with the Los Angeles Lakers and two with the San Antonio Spurs. He earned the nickname Big Shot Rob because of his clutch shooting in important games. Horry now works as a commentator on ESPN.

Horry holds the record for three-pointers all-time in the NBA Finals with 53, having eclipsed Michael Jordan's previous record of 42. He set the NBA Playoffs record for most three-point field goals made in a game without a miss against the Utah Jazz in Game 2 of the 1997 Western Conference Semifinals. Horry has regular season career averages of 7.2 points, 4.9 rebounds and 2.2 assists per game.

Horry was the first player ever to accumulate 100 steals, 100 blocked shots and 100 threes in one season.