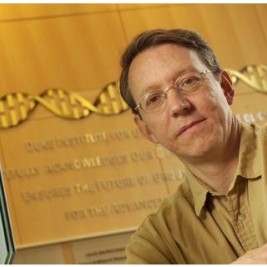 If your goal is to hire Robert Cook-Deegan to be your next keynote speaker or to be the next brand ambassador our celebrity speakers bureau can assist. If Robert Cook-Deegan’s booking fee is outside your companies budget or your unable to align with his appearance availability, our booking agents can provide you a list of talent that aligns with your event theme, budget and event date.

Robert Cook-Deegan became Director of the IGSP's Center for Genome Ethics, Law & Policy in July 2002. He was previously director of the Robert Wood Johnson Foundation Health Policy Fellowship program at the Institute of Medicine, National Academy of Sciences, a Robert Wood Johnson Health Policy Investigator at Georgetown University, and a seminar leader at Stanford-in-Washington. He worked at The National Academies in various capacities from 1991 until coming to Duke.

He is the author of The Gene Wars: Science, Politics, and the Human Genome and an author on over 200 articles.

Dr. Cook-Deegan was a member of the Board of Directors, Physicians for Human Rights, 1988-1996, with whom he participated in human rights missions to Turkey, Iraq and Panama.

In 1996, Dr. Cook-Deegan was a Cecil and Ida Green Fellow at the University of Texas, Dallas, following his work for the report Allocating Federal Funds for Science and Technology. From 1991-4, he directed IOM' s Division of Biobehavioral Sciences and Mental Disorders. He worked for the National Center for Human Genome Research 1989-90, after serving Acting Executive Director of the Biomedical Ethics Advisory Committee of the U.S. Congress 1988-9. Dr. Cook-Deegan was a AAAS Congressional Science & Engineering Fellow 1982-3 and spent six years at the congressional Office of Technology Assessment. This followed two years of postdoctoral research on the molecular biology of oncogenes with Lasker Award scientist Raymond L. Erikson, after completing his internship in pathology at the University of Colorado. He received his MD degree from the University of Colorado in 1979 and his bachelor' s degree in chemistry, magna cum laude, in 1975 from Harvard College. He grew up in Denver.