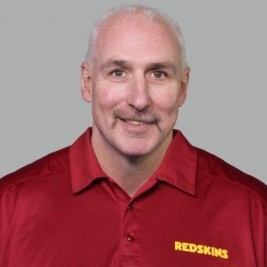 Businesses, Non-profit organizations, event planners and companies across the country have worked closely with our booking agents to hire Robb Akey for a speaking engagements, guest appearances, product endorsements and corporate events. Many of those same clients have continued to turn to our speakers bureau as we can easily align Robb Akey’s availability with their upcoming seminar, gala, annual conference, corporate function, and grand opening. Our close relationship with Robb Akey’s booking agent and management team further enables us to provide inquiring clients with Robb Akey’s speaking fee and appearance cost.

If your goal is to hire Robb Akey to be your next keynote speaker or to be the next brand ambassador our celebrity speakers bureau can assist. If Robb Akey’s booking fee is outside your companies budget or your unable to align with his appearance availability, our booking agents can provide you a list of talent that aligns with your event theme, budget and event date.

Robb Akey was born July 24, 1966 and is a football coach, currently the head coach at the Idaho Vandals. Akey succeeded Dennis Erickson, who left his second stint at the University of Idaho after just ten months for Arizona State of the Pac-10. Erickson was preceded by Nick Holt, who voluntarily departed after only two seasons, compiling nine losses in each. Akey was hired on December 20, 2006, by athletic director Rob Spear.

Akey was a college assistant coach for 19 seasons, the last eight at neighboring Washington State, eight miles to the west on the Palouse. He was hired as a defensive line coach under WSU head coach Mike Price following the 1998 season, and added the defensive coordinator duties in 2003 under new head Bill Doba, who was the defensive coordinator for Price. Before moving to Pullman for the 1999 season, Akey was an assistant coach for 11 seasons in the Big Sky Conference in Division I-AA. He was at Northern Arizona in Flagstaff for four seasons, after seven at his alma mater, Weber State. Akey was the first Idaho head coach since Jerry Davitch without previous ties to the Vandals, either as a former player or assistant coach.  But Akey had familiarity with the program, as he lived eight miles from the Moscow campus for eight seasons, with Idaho as an opponent in each of those seasons. In addition, Akey either played or coached against the Vandals for a dozen seasons, while a player and assistant coach in the Big Sky. Akey succeeded Dennis Erickson, who left his second stint at Idaho after just ten months for Arizona State of the Pac-10. Erickson was preceded by Nick Holt, who voluntarily departed after only two seasons, compiling nine losses in each. Tom Cable was fired in late 2003, after four disappointing seasons. Akey's tenure as Vandals head coach ended in 2012 on October 21, when Idaho fired him following a 70–28 loss to Louisiana Tech, moving the team's overall record to 1–7 for the season.