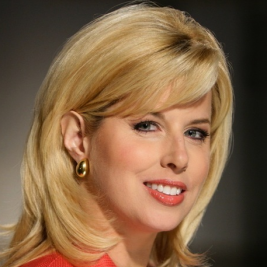 Businesses, Non-profit organizations, event planners and companies across the country have worked closely with our booking agents to hire Rita Cosby for a speaking engagements, guest appearances, product endorsements and corporate events. Many of those same clients have continued to turn to our speakers bureau as we can easily align Rita Cosby’s availability with their upcoming seminar, gala, annual conference, corporate function, and grand opening. Our close relationship with Rita Cosby’s booking agent and management team further enables us to provide inquiring clients with Rita Cosby’s speaking fee and appearance cost.

If your goal is to hire Rita Cosby to be your next keynote speaker or to be the next brand ambassador our celebrity speakers bureau can assist. If Rita Cosby’s booking fee is outside your companies budget or your unable to align with his appearance availability, our booking agents can provide you a list of talent that aligns with your event theme, budget and event date.

Based in Washington, this three-time EMMY winner for investigative reporting, consistently has broken major news stories throughout the world. Live in Belgrade during the bombing, she was first to report that three American P.O.W.s were going to be released. Cosby also scored the only interview with the Montana Freemen during their 1996 standoff with the FBI and has interviewed four U.S. Presidents. As a lead FOX reporter covering the 1996 Presidential campaign, she followed the candidates from the New Hampshire primary to election eve and is currently playing a vital role in FOX's "e;You Decide 2000" dedicated election coverage.

Other domestic stories that Cosby has covered include the death of JFK Jr., the drowning of the Egyptair flight off the coast of Nantucket, the explosion of TWA Flight 800, the Olympic Park bombing, the Oklahoma City bombing trial as well as countless hurricanes and earthquakes. Internationally, she's covered the entire Elian Gonzalez custody battle, traveled to Cuba to report on the Pope's historic meeting with Fidel Castro, went to Kosovo after the peace deal was signed, covered the hostage standoff at the Japanese embassy in Lima, Peru and reported from Peggy's Cove, Nova Scotia during the aftermath of the crash of Swissair Flight 111.

Cosby joined FOX News from WBTV  in Charlotte, North Carolina, where she broke the news that Susan Smith drowned her two young sons and that the father of NBA superstar Michael Jordan was murdered. Fluent in Spanish and proficient in five other languages, she is listed in "Outstanding People of the 20th Century," featured in Cosmopolitan magazine's "Fun and Fearless Female" column and profiled as a "Watchworthy woman on the campaign trail" in Glamour magazine.

Having served as a co-chair and frequent keynote speaker for various colleges, professional organizations and charitable events, in 1998 she received The Distinguished Alumni Award from the University of South Carolina.