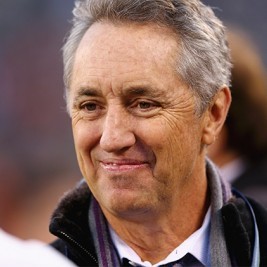 Businesses, Non-profit organizations, event planners and companies across the country have worked closely with our booking agents to hire Rick Reilly for a speaking engagements, guest appearances, product endorsements and corporate events. Many of those same clients have continued to turn to our speakers bureau as we can easily align Rick Reilly’s availability with their upcoming seminar, gala, annual conference, corporate function, and grand opening. Our close relationship with Rick Reilly’s booking agent and management team further enables us to provide inquiring clients with Rick Reilly’s speaking fee and appearance cost.

If your goal is to hire Rick Reilly to be your next keynote speaker or to be the next brand ambassador our celebrity speakers bureau can assist. If Rick Reilly’s booking fee is outside your companies budget or your unable to align with his appearance availability, our booking agents can provide you a list of talent that aligns with your event theme, budget and event date.

Reilly began his career in 1981 with the Boulder Daily Camera. He joined Sports Illustrated in 1985, and also writes an annual article for the Swimsuit Issue and hosts The Riffs of Reilly on Verizon VCAST and SI.com. Many readers of SI have reported turning to his column, "The Life of Reilly," first.

Reilly's style is usually humorous, poking fun at the absurdities of athletes, coaches, and almost anyone involved in sports at any level. Reilly does have a serious side, and has written on many subjects, from "small town" heroes to his own personal life. Reilly has also done features, notably one about a week spent with Marge Schott that ultimately helped lead to her suspension from baseball.

In 2002, Reilly responded to Sammy Sosa's assertion that he would "take a drug test if someone offered it to him" by spontaneously offering him a drug test after a game; Sosa reacted by yelling and threatening him. Reilly then wrote a critical column the next week. Reilly has also been a constant critic of San Francisco Giants star Barry Bonds, and Bonds has become a regular subject of his columns. Reilly ridicules his treatment of his teammates, his off-field behavior, and accusations of steroid use.

Reilly is known for being politically liberal and has criticized George W. Bush.

Reilly has his own football card, which he detailed in a column. The card was part of the Topps "Fans of the Game" series, and featured Reilly with the logo of his favorite team, the defunct Los Angeles Rams.

Rick Reilly has also written Who's Your Caddy?, Missing Links and Slo Mo!.