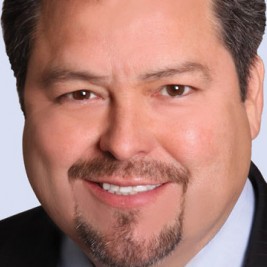 Businesses, Non-profit organizations, event planners and companies across the country have worked closely with our booking agents to hire Rick Najera for a speaking engagements, guest appearances, product endorsements and corporate events. Many of those same clients have continued to turn to our speakers bureau as we can easily align Rick Najera’s availability with their upcoming seminar, gala, annual conference, corporate function, and grand opening. Our close relationship with Rick Najera’s booking agent and management team further enables us to provide inquiring clients with Rick Najera’s speaking fee and appearance cost.

If your goal is to hire Rick Najera to be your next keynote speaker or to be the next brand ambassador our celebrity speakers bureau can assist. If Rick Najera’s booking fee is outside your companies budget or your unable to align with his appearance availability, our booking agents can provide you a list of talent that aligns with your event theme, budget and event date.

Rick Najera is a nationally acclaimed speaker and award-winning writer-performer and author with credits in film, television, theatre and Broadway. Rick Najera is a key media expert with and expansive portfolio of talent. He has spoken at the most prestigious corporations, universities and organizations in America.

Najera, a thought-maker himself, is a highly sought-after speaker addressing topics such as diversity, entertainment, media, politics, comedy and more and has spoken at Google, Harvard, Stanford, The World Bank, CNN, Al Jazeera, CBS, UCLA, NAHREP and more.

Najera’s fourth book, Almost White: Forced Confessions of a Latino in Hollywood has garnered national attention and critical acclaim. In his memoir, Najera explores what it means to be Latino within the ever-changing backdrop of life as a Hollywood creative and offers an insider’s view through an ironic yet comedic lens, from in front of the camera to behind, from the page to the stage. Almost White the book was also awarded Most Inspirational Non-Fiction Book.

Rick Najera has directed the CBS Diversity Sketch Comedy Showcase for the last eleven consecutive years. Najera directs the show, mentors the actors, teaches writing and performance and presents the most important showcases of talent in the industry.

A screenwriter by trade, he co-wrote the feature film Nothing Like the Holidays starring Debra Messing, Alfred Molina and John Leguizamo, which won him a prestigious ALMA Award. His writing/acting credits also include the nationally acclaimed stage play, LATINOLOGUES™ on Broadway, and was only one of three Latinos to ever write and star in their own play on Broadway.

He has also written for groundbreaking television comedies such as MAD TV and In Living Color, and currently the Emmy-nominated show on Hulu, East Los High.