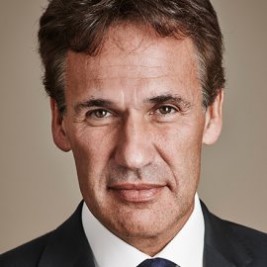 If your goal is to hire Richard Susskind to be your next keynote speaker or to be the next brand ambassador our celebrity speakers bureau can assist. If Richard Susskind’s booking fee is outside your companies budget or your unable to align with his appearance availability, our booking agents can provide you a list of talent that aligns with your event theme, budget and event date.

Professor Richard Susskind OBE is an author, speaker, and independent adviser to major professional firms and to national governments. His main area of expertise is the future of professional service and, in particular, the way in which the IT and the Internet are changing the work of lawyers. He has worked on legal technology for over 30 years. He lectures internationally, has written many books, and advised on numerous government inquiries.

Richard lectures internationally and has been invited to speak in over 40 countries and has addressed audiences (in person and electronically), numbering more than 250,000. He has written and edited numerous books, including "Expert Systems in Law" (OUP, 1987), "The Future of Law" (OUP, 1996), "Transforming the Law" (OUP, 2000), "The Susskind Interviews: Legal Experts in Changing Times" (Sweet & Maxwell, 2005), "The End of Lawyers? Rethinking the Nature of Legal Services" (OUP, 2008), "Tomorrow’s Lawyers" (2013), and has written around 150 columns for The Times. His work has been translated into 10 languages.

He has advised on many government inquiries and, since 1998, has been IT Adviser to the Lord Chief Justice of England and Wales. Richard is President of the Society for Computers and Law, Chair of the Online Dispute Resolution Advisory Group of the Civil Justice Council, and Chair of the Advisory Board of the Oxford Internet Institute where he is also a Visiting Professor. He also hold professorships at UCL, Gresham College, London, and the University of Strathclyde in Glasgow.

Richard has a first class honours degree in law from the University of Glasgow and a doctorate in law and computers from Balliol College, Oxford. He has received numerous legal industry awards and is an Honorary Bencher of Gray’s Inn. He is a Fellow of the Royal Society of Edinburgh and of the British Computer Society, and was awarded an OBE in the Millennium New Year's Honours List for services to IT in the Law and to the Administration of Justice.

He lives in Radlett, England, with his wife and three children. His hobbies include running, golf, skiing, reading and cinema.