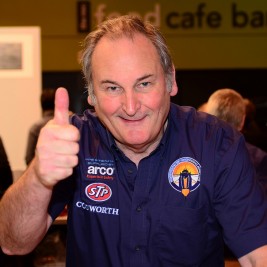 Businesses, Non-profit organizations, event planners and companies across the country have worked closely with our booking agents to hire Richard Noble for a speaking engagements, guest appearances, product endorsements and corporate events. Many of those same clients have continued to turn to our speakers bureau as we can easily align Richard Noble’s availability with their upcoming seminar, gala, annual conference, corporate function, and grand opening. Our close relationship with Richard Noble’s booking agent and management team further enables us to provide inquiring clients with Richard Noble’s speaking fee and appearance cost.

If your goal is to hire Richard Noble to be your next keynote speaker or to be the next brand ambassador our celebrity speakers bureau can assist. If Richard Noble’s booking fee is outside your companies budget or your unable to align with his appearance availability, our booking agents can provide you a list of talent that aligns with your event theme, budget and event date.

A true eccentric he has boundless amounts of determination that is evident throughout the many years he has been obsessed with speed records. His quest to break the land speed record has captured the imagination of the British media and has been reported all over the globe.

Born in Edinburgh in 1946, Richard began his career selling paint for Dulux. He chose not to go to university because he preferred to 'get on with life'. But selling paint wasn't exactly the dynamic life he needed. Suffering from boredom, he set off on an expedition from London to Cape Town in a Land Rover. After further expeditions to India and Afghanistan, he returned to the UK.

At a very young age, Richard was inspired by John Cobb whom he had seen racing his boat Crusader on Loch Ness only weeks before he died during an attempt on the water speed record. Richard set to work to build his own series of jet-propelled cars with the aim of breaking speed records. He founded Project Thrust in 1974. Working entirely alone and self-taught, he assembled Thrust 1 in the garage of his home in Surrey. Unfortunately, Thrust 1 came to a sticky end in 1977 when a wheel bearing failed as Richard was roaring up the runway of RAF Fairford in Gloucestershire at 200mph. The car flipped over three times and was a right-off, but Richard himself was unhurt.

Richard brought in outside help to construct Thrust 2. Funding was however, more difficult. His determination and various tactics paid off and he managed to secure "1.7m worth of sponsorship in cash or kind from some two hundred British companies. He took the British record in 1980 at RAF Greenham Common.

Richard then travelled to Bonneville Salt Flats in an attempt to capture the world record. But there was a series of setbacks. Back in Britain, Richard crashed Thrust 2, once again at 200mph, during a test run. It was not until 1983 that the car was ready again and a site was located that was not prone to flooding. On the vast expanse of the Black Rock desert, Richard took the world record reaching 633mph.

To achieve the supersonic record, Richard handed over responsibility for driving the car to Squadron Leader Andy Green; not an easy decision for a man who had conceived and dedicated all his time to one project. But when the car hurtled through the Nevada desert and into the record books, the glory belonged to one man. Despite some criticism that it was merely 'Boy's Own Stuff', Richard captured the headlines.

Richard is an entertaining after-dinner speaker and unique conference speaker. He is currently much in demand for sharing his experiences on exactly what it is like to have a car go supersonic!