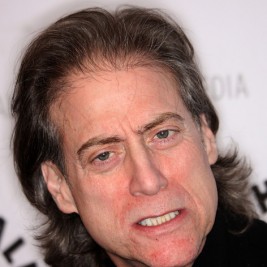 Businesses, Non-profit organizations, event planners and companies across the country have worked closely with our booking agents to hire Richard Lewis for a speaking engagements, guest appearances, product endorsements and corporate events. Many of those same clients have continued to turn to our speakers bureau as we can easily align Richard Lewis’s availability with their upcoming seminar, gala, annual conference, corporate function, and grand opening. Our close relationship with Richard Lewis’s booking agent and management team further enables us to provide inquiring clients with Richard Lewis’s speaking fee and appearance cost.

If your goal is to hire Richard Lewis to be your next keynote speaker or to be the next brand ambassador our celebrity speakers bureau can assist. If Richard Lewis’s booking fee is outside your companies budget or your unable to align with his appearance availability, our booking agents can provide you a list of talent that aligns with your event theme, budget and event date.

Richard Philip Lewis is an American comedian and actor. Lewis began performing stand-up comedy in the 1970s. He worked as a copywriter for an ad agency by day, while honing his stand-up act at night. The ad agency was named Contemporary Graphics and was located above Lovey's pizzeria in Hasbrouck Heights, New Jersey. Lewis gained popularity in the 1980s with numerous appearances on Late Night with David Letterman and his own television specials on HBO. He starred with Jamie Lee Curtis in the ABC sitcom Anything but Love which ran for four seasons. He co-starred with Don Rickles on the short-lived Daddy Dearest. He had a recurring role on the Showtime series Rude Awakening, as Rabbi Richard Glass on the dramatic series 7th Heaven, and appeared on the Tales from the Crypt episode "Whirlpool". Lewis has written comic articles for magazines such as Playboy, and endorsed the popular early-1990s beverage, Boku, as well as Snapple and Certs breath mints.

In 2007 he made a cameo appearance as Phillip, the school counselor of Max's school, in the T.V Series George Lopez. Recently he also made cameos in Everybody Hates Chris as an old man in the hospital bed next to Chris Rock and as Charlie Sheen's accountant in Two and a Half Men. Lewis has also achieved moderate success in films, appearing as Prince John in Robin Hood: Men in Tights, as a frontier doctor in Wagons East!, as an unemployed actor in Once Upon A Crime and as himself in the film The Wrong Guys. He played the lead role of Jimmy Epstein in the dramatic film Drunks and in the 1999 comedy Game Day. He also appeared in the dramatic pictures Leaving Las Vegas, Hugo Pool and The Maze. He made his acting debut in the 1977 TV movie mockumentary Diary of a Young Comic. On January 9, 2001, Lewis visited The Howard Stern Show to promote his book The Other Great Depression, which described his recovery from alcoholism. Lewis has been sober since August 4, 1994. He had a frequent recurring role as a character based on himself on Larry David's critically acclaimed Curb Your Enthusiasm on HBO. Lewis and David met at summer camp in Cornwall-on-Hudson, New York when they were thirteen. He is #45 on Comedy Central's list of 100 Greatest Standups of All Time.