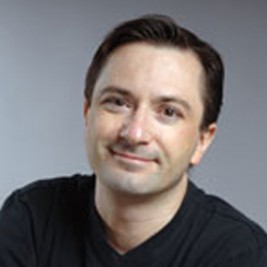 If your goal is to hire Richard Baraniuk to be your next keynote speaker or to be the next brand ambassador our celebrity speakers bureau can assist. If Richard Baraniuk’s booking fee is outside your companies budget or your unable to align with his appearance availability, our booking agents can provide you a list of talent that aligns with your event theme, budget and event date.

Dr. Baraniuk's research interests lie in the areas of signal and image processing and include compressive sensing, sensor networks, and pattern recognition and learning. In a bygone era he has worked in multiscale natural image modeling using hidden Markov models and time-frequency analysis. Some recent press on the single-pixel, compressive sensing camera is available here. His research has been funded by NSF, DARPA, ONR, AFOSR, AFRL, ARO, DOE, EPA, NATO, the Texas Instruments Leadership University Program, and several companies. He serves as PI on the ARO MURI on Opportunistic Sensing and the DARPA A2I Receiver program.

He has been a Guest Editor of special issues for the IEEE Signal Processing Magazine on "Signal Processing and Networks" in 2002 and "Compressive Sampling" in 2008 and for the Proceedings of the IEEE on "Educational Technology" in 2008. He is currently an Associate Editor for the ACM Transactions on Sensor Networks and Applied and Computational Harmonic Analysis. He served as Co-Technical Program Chair for IEEE Statistical Signal Processing Workshop in 2007 and has served on several other conference technical program committees including IPSN, ICIP, ICASSP, and SPIE. He is a member of the DARPA Information Science and Technology Study Group.

In 1999, Dr. Baraniuk launched Connexions, a non-profit publishing project that aims to bring textbooks and learning materials into the Internet Age. Connexions makes high-quality educational content available to anyone, anywhere, anytime for free on the web and at very low cost in print by inviting authors, educators, and learners worldwide to "create, rip, mix, and burn" textbooks, courses, and learning materials from its global open-access repository. Each month, Connexions' free educational materials are used by over 850,000 people from over 200 countries. Connexions is also the open-access content engine for the newly revived Rice University Press. His career apogee was probably opening for Peter Gabriel at TED 2006. His signal processing materials in Connexions have been viewed over 4 million times. Since 2002, Connexions has been supported by the William and Flora Hewlett Foundation, NSF, Rice University, and several friends of Rice. Some recent press on Connexions is available here, including a CNN.com article, NY Times Editorial, and op-ed piece.

Dr. Baraniuk received a NATO postdoctoral fellowship from NSERC in 1992, the National Young Investigator award from the National Science Foundation in 1994, a Young Investigator Award from the Office of Naval Research in 1995, the Rosenbaum Fellowship from the Isaac Newton Institute of Cambridge University in 1998, the C. Holmes MacDonald National Outstanding Teaching Award from Eta Kappa Nu in 1999, the Charles Duncan Junior Faculty Achievement Award from Rice in 2000, the University of Illinois ECE Young Alumni Achievement Award in 2000, the George R. Brown Award for Superior Teaching at Rice in 2001, 2003, and 2006, the Hershel M. Rich Invention Award from Rice in 2007, the Wavelet Pioneer Award from SPIE in 2008, the Internet Pioneer Award from the Berkman Center for Internet and Society at Harvard Law School in 2008, and the World Technology Award for Education in 2009. He was selected as one of Edutopia Magazine's Daring Dozen educators in 2007. Connexions received the Tech Museum Laureate Award from the Tech Museum of Innovation in 2006. His work with Kevin Kelly on the Rice single-pixel compressive camera was selected by MIT Technology Review Magazine as a TR10 Top 10 Emerging Technology in 2007. He was co-author on a paper with Matthew Crouse and Robert Nowak that won the IEEE Signal Processing Society Junior Paper Award in 2001 and another with Vinay Ribeiro and Rolf Riedi that won the Passive and Active Measurement (PAM) Workshop Best Student Paper Award in 2003. He received the IEEE Signal Processing Society Magazine Column Award in 2009. He was elected Fellow of the IEEE in 2001 and Fellow of the AAAS in 2009.