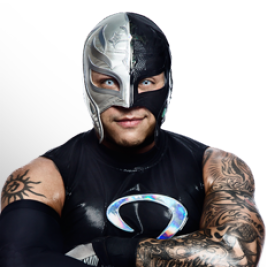 Businesses, Non-profit organizations, event planners and companies across the country have worked closely with our booking agents to hire Rey Mysterio for a speaking engagements, guest appearances, product endorsements and corporate events. Many of those same clients have continued to turn to our speakers bureau as we can easily align Rey Mysterio’s availability with their upcoming seminar, gala, annual conference, corporate function, and grand opening. Our close relationship with Rey Mysterio’s booking agent and management team further enables us to provide inquiring clients with Rey Mysterio’s speaking fee and appearance cost.

If your goal is to hire Rey Mysterio to be your next keynote speaker or to be the next brand ambassador our celebrity speakers bureau can assist. If Rey Mysterio’s booking fee is outside your companies budget or your unable to align with his appearance availability, our booking agents can provide you a list of talent that aligns with your event theme, budget and event date.

Óscar Gutiérrez, better known by the ring name Rey Mysterio, is an American professional wrestler of Mexican descent who currently works for Asistencia Asesoría y Administración. He is perhaps best known for his time in WWE from 2002 until 2015. He is also known for his work in Extreme Championship Wrestling and World Championship Wrestling. Gutierrez was trained by his uncle Rey Misterio, Sr., learning the Lucha Libre high flying style that has been his trademark. Gutierrez originally worked for AAA in Mexico, from 1992 to 1995. He wrestled in ECW from 1995 to 1996 and WCW from 1996 to 2001 as Rey Misterio Jr. or Rey Mysterio Jr. "Rey Misterio" is Spanish for "King Mystery", but subsequently dropped the "Junior" from his name when he began working for WWE in July 2002 until February 2015. Mysterio is known for having a high flying style, which helped kick-start the cruiserweight wrestling revolution in the United States in the late 1990s during his time in WCW, and is often regarded as one of the greatest high-flyers in wrestling history.