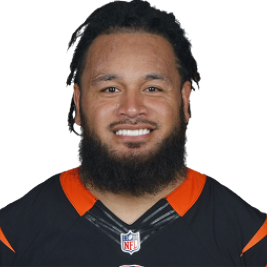 Businesses, Non-profit organizations, event planners and companies across the country have worked closely with our booking agents to hire Rey Maualuga for a speaking engagements, guest appearances, product endorsements and corporate events. Many of those same clients have continued to turn to our speakers bureau as we can easily align Rey Maualuga’s availability with their upcoming seminar, gala, annual conference, corporate function, and grand opening. Our close relationship with Rey Maualuga’s booking agent and management team further enables us to provide inquiring clients with Rey Maualuga’s speaking fee and appearance cost.

If your goal is to hire Rey Maualuga to be your next keynote speaker or to be the next brand ambassador our celebrity speakers bureau can assist. If Rey Maualuga’s booking fee is outside your companies budget or your unable to align with his appearance availability, our booking agents can provide you a list of talent that aligns with your event theme, budget and event date.

Rey Maualuga was born January 20, 1987 and is an American football linebacker for the Cincinnati Bengals of the National Football League. He played college football for the University of Southern California, was recognized as an All-American. The Cincinnati Bengals chose him in the second round of the 2009 NFL Draft. Despite being projected as a first round pick, Maualuga was picked in the second round by the Cincinnati Bengals. Maualuga was projected by some, and expecting, to go 16th overall to the San Diego Chargers, who instead opted to select hybrid linebacker/defensive end Larry English out of Northern Illinois. After being selected, Maualuga cried as he gave thanks to his late father and said he was thankful for his opportunity as "Nothing like this was ever expected for our family." His selection came one year after the Bengals used a first-round pick to select Maualuga's college teammate, linebacker Keith Rivers. On December 30, 2009, Maualuga was placed on injured reserve due to a broken ankle he suffered a week before. He finished his rookie season with 64 tackles, one sack, three forced fumbles and three pass deflections in 15 games started.