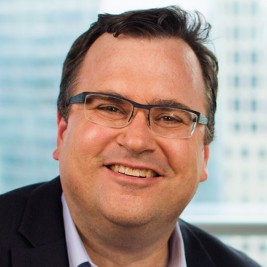 Businesses, Non-profit organizations, event planners and companies across the country have worked closely with our booking agents to hire Reid Hoffman for a speaking engagements, guest appearances, product endorsements and corporate events. Many of those same clients have continued to turn to our speakers bureau as we can easily align Reid Hoffman’s availability with their upcoming seminar, gala, annual conference, corporate function, and grand opening. Our close relationship with Reid Hoffman’s booking agent and management team further enables us to provide inquiring clients with Reid Hoffman’s speaking fee and appearance cost.

If your goal is to hire Reid Hoffman to be your next keynote speaker or to be the next brand ambassador our celebrity speakers bureau can assist. If Reid Hoffman’s booking fee is outside your companies budget or your unable to align with his appearance availability, our booking agents can provide you a list of talent that aligns with your event theme, budget and event date.

Reid Hoffman was born August 5, 1967 and is an American entrepreneur, venture capitalist and author. Hoffman is best known as the co-founder of LinkedIn, a social network used primarily for business connections and job searching.

Hoffman co-founded LinkedIn in December 2002 with two former colleagues from SocialNet, a former college classmate and a former colleague from his time at Fujitsu. It launched on May 5, 2003, as one of the first business-oriented online social networks. Peter Thiel and Keith Rabois, colleagues of Hoffman's at PayPal, invested in LinkedIn. As of November 2012, LinkedIn has more than 187 million registered users in more than 200 countries and territories. The site allows registered users to maintain a list of contact details of people with whom they have some level of relationship, called Connections. Users can invite anyone to become a connection. According to Forbes, “LinkedIn is, far and away, the most advantageous social networking tool available to job seekers and business professionals today."

He was LinkedIn's founding CEO for the first four years before becoming Chairman and President, Products in February 2007. In May 2007, LinkedIn celebrated its first year of profitability. Hoffman became Executive Chairman in June 2009. With the IPO of LinkedIn on May 19, 2011, Hoffman owns a stake worth an estimated $2.34 billion dollars, not including any potential benefits from Greylock Partners, where he was named a Partner in 2009. Hoffman believes that many people still do not know how to use its service and it is LinkedIn's job to help them out. On 9 August 2012 while chatting to Sarah Lacy Hoffman said that “you have to think proactively about how to use a tool that enables your ability to move in ways that you weren't able to move before, and most of people are not very good at that”.