Search Reggie Bush
Running Back for the San Francisco 49ers 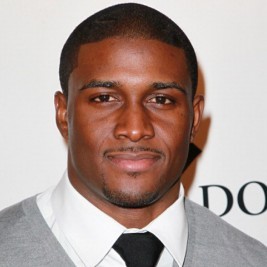 Businesses, Non-profit organizations, event planners and companies across the country have worked closely with our booking agents to hire Reggie Bush for a speaking engagements, guest appearances, product endorsements and corporate events. Many of those same clients have continued to turn to our speakers bureau as we can easily align Reggie Bush’s availability with their upcoming seminar, gala, annual conference, corporate function, and grand opening. Our close relationship with Reggie Bush’s booking agent and management team further enables us to provide inquiring clients with Reggie Bush’s speaking fee and appearance cost.

If your goal is to hire Reggie Bush to be your next keynote speaker or to be the next brand ambassador our celebrity speakers bureau can assist. If Reggie Bush’s booking fee is outside your companies budget or your unable to align with his appearance availability, our booking agents can provide you a list of talent that aligns with your event theme, budget and event date.

Reggie Bush is one of the most dynamic backs that college football has every seen.  Now in the NFL, Bush hopes to bring his remarkable speed, agility, and instincts to the professional level and help out the New Orleans Saints.

Bush was selected #2 overall in the 2006 NFL Draft. Along with all of his skills, he brings along the awards as well.

On December 8, 2005, Bush was awarded the Walter Camp Award and the Doak Walker Award. On December 10, Bush won the most prestigious individual award in college football, the Heisman Trophy, beating out finalists Vince Young and former Heisman winner and teammate Matt Leinart. Additionally, he was named the 2005 AP Sportsman of the Year.

Not only is Reggie Bush a great player on the field, he takes his work ethic into his community. After New Orleans was devastaed by Hurricane Katrina, Bush made his impact felt immediately. Before Bush even signed with the Saints, he had already contributed $50,000 to a local church to help recover from the storm.