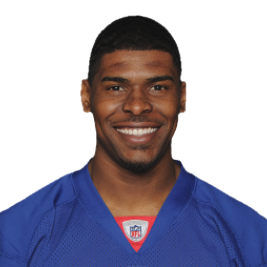 Businesses, Non-profit organizations, event planners and companies across the country have worked closely with our booking agents to hire Ramses Barden for a speaking engagements, guest appearances, product endorsements and corporate events. Many of those same clients have continued to turn to our speakers bureau as we can easily align Ramses Barden’s availability with their upcoming seminar, gala, annual conference, corporate function, and grand opening. Our close relationship with Ramses Barden’s booking agent and management team further enables us to provide inquiring clients with Ramses Barden’s speaking fee and appearance cost.

If your goal is to hire Ramses Barden to be your next keynote speaker or to be the next brand ambassador our celebrity speakers bureau can assist. If Ramses Barden’s booking fee is outside your companies budget or your unable to align with his appearance availability, our booking agents can provide you a list of talent that aligns with your event theme, budget and event date.

Ramses Barden is an American football wide receiver who is currently a free agent. He played college football at Cal Poly and was drafted by the New York Giants in the third round of the 2009 NFL Draft.

In the 2009 NFL Draft, the Giants moved up six spots in the third round of the draft to select Barden. The move up for Barden cost the Giants their own third-round pick (91st overall) and one of their two fifth-rounders (164th), which they sent to their division rivals the Philadelphia Eagles. He saw little playing time in his rookie season, participating in 3 games and recording 1 catch for 16 yards. In his second season he had 5 catches for 64 yards in 3 games before being placed on injured reserve on November 16, 2010 after breaking his ankle and suffering ligament damage. Place on the Active/Physically-Unable-To-Perform List on on July 29, 2011. He returned to action on November 6, 2011, catching 2 passes for 24 yards in a win against the New England Patriots 24-20. On a September 20, 2012 game against the Carolina Panthers, with Hakeem Nicks out with a foot injury, Barden had his breakout performance with a 9 catch 138 yard game.