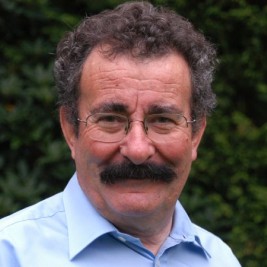 If your goal is to hire Prof. Lord Robert Winston to be your next keynote speaker or to be the next brand ambassador our celebrity speakers bureau can assist. If Prof. Lord Robert Winston’s booking fee is outside your companies budget or your unable to align with his appearance availability, our booking agents can provide you a list of talent that aligns with your event theme, budget and event date.

Winston was born in London to Laurence Winston and Ruth Winston-Fox. His mother became mayor of the former Borough of Southgate, now absorbed into the London Borough of Enfield in 1961.

He graduated from The London Hospital Medical College, London University, in 1964 with a degree in medicine and achieved prominence in the media as an expert in human fertility. He was one of the pioneers of in vitro fertilization and developed tubal microsurgery and various techniques in reproductive surgery, including sterilization reversal. Having joined Hammersmith Hospital as a registrar in 1970, he was appointed to a Wellcome Research Fellowship and then as Associate Professor at the Catholic University of Leuven in 1975. He joined the The Royal Postgraduate Medical School, London as consultant and Reader , in 1977. He was dean of the Institute of Obstetrics and Gynaecology until its entry into Imperial College in 1997. As Professor of Fertility Studies at Hammersmith, Winston led the team which pioneered preimplantation genetic diagnosis, which identifies defects in human embryos. He was the president of the British Association for the Advancement of Science from 2004 to 2005. He is currently researching male germ cell stem cells and methods for their genetic modification. He has published over 300 scientific papers in peer-review journals.

Winston is well-known for presenting several BBC television series, including Superhuman, The Secret Life of Twins, "Child of Our Time"and the BAFTA award-winner The Human Body.

In 1973, Winston married Lira Helen Feigenbaum. They have two sons and a daughter.