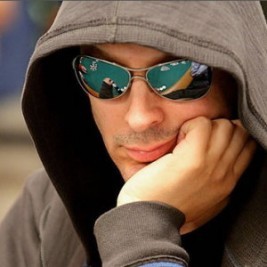 Businesses, Non-profit organizations, event planners and companies across the country have worked closely with our booking agents to hire Phil Laak for a speaking engagements, guest appearances, product endorsements and corporate events. Many of those same clients have continued to turn to our speakers bureau as we can easily align Phil Laak’s availability with their upcoming seminar, gala, annual conference, corporate function, and grand opening. Our close relationship with Phil Laak’s booking agent and management team further enables us to provide inquiring clients with Phil Laak’s speaking fee and appearance cost.

If your goal is to hire Phil Laak to be your next keynote speaker or to be the next brand ambassador our celebrity speakers bureau can assist. If Phil Laak’s booking fee is outside your companies budget or your unable to align with his appearance availability, our booking agents can provide you a list of talent that aligns with your event theme, budget and event date.

In early January 2010, Laak launched his own online poker site, Unabomber Poker. The site, which features cartoon style graphics, is a member of the Cake Poker Network.

On September 16, 2010, Laak won his first WSOP bracelet by winning the ₤2,500 buy-in Six-Handed No-Limit Hold’em championship at the 2010 World Series of Poker Europe. His win came after an accident involving an all-terrain vehicle in August, where he suffered a broken elbow amongst other injuries.